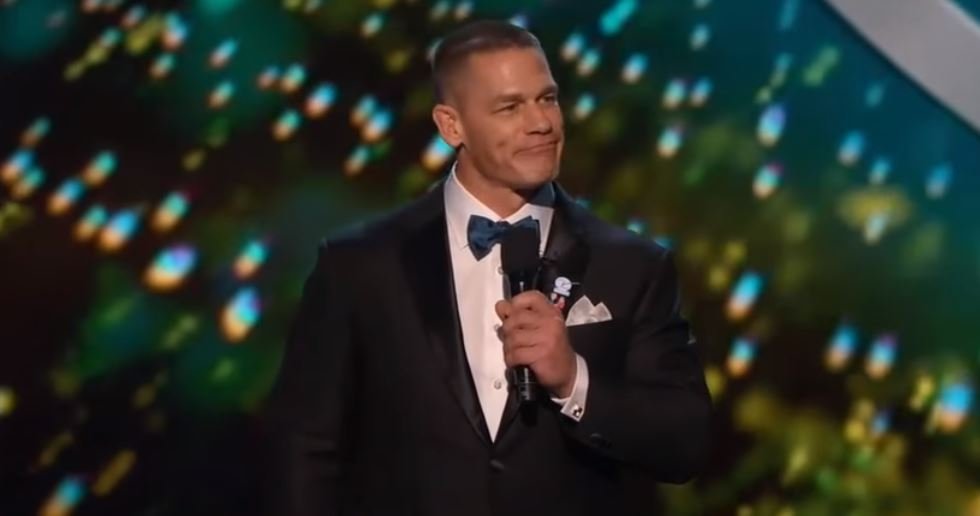 Professional wrestler John Cena needs no introduction for his accomplishments in the sport. However, few people know about its humanitarian nature. The WWE legend has always strived to help the unfortunate and is known to love charity work. Not only does he make incredible donations, but Cena also takes the time to interact with people.

On an episode of PlayStation HEROES, the console brand’s collaboration with nonprofits, John Cena volunteered his time to play a WWE 2k16 match with a fan. To give some context, PlayStation HEROES was a charity event where PS4 owners could win a chance to challenge a celebrity for a game of their choice.

To grab such a chance, owners had to purchase items from the PlayStation HEROES app. According to PlayStation, 90% of revenue through the app was pledged to non-profit organizations, namely Make-A-Wish, The USO and The V Foundation for Cancer Research.

John Cena once played a WWE 2k16 match with a fan

After a tour of the WWE Warehouse in Connecticut, officials led fans to the ring where John Cena was waiting for them. The 45-year-old world champion made a light-hearted joke that fans couldn’t see him, before introducing himself.

also gave them an experience he doesn’t give anyone else, which is the opportunity to ask him anything about him, his career, or anything that’s going on with him. When asked about his journey with Make-A-Wish, John Cena revealed the story.

“It was all WWE. A rep came up to me and said, hey, we got him, would you like to meet his family? And they explained to me that the concept of this child was one thing that they could do. And by the way, the concept is limitless, they chose to hang out with John Cena and… that… the gravity of it started to set in… That’s the best! It’s the coolest and best thing!” he exclaimed.

Once the conversation was over, he went on to address what his fan, Devin Leatherman, had challenged him to, a WWE 2k16 match! Watch the video below:

John Cena, as part of the Make-A-Wish Foundation, has granted more wishes than any other celebrity, WWE recently announced.

.@JohnCena granted more wishes via @Make a wish than any other celebrity in history. #CenaMonth pic.twitter.com/V4DEPknVd2

He also recently completed 20 years of WWE and celebrated that achievement by making an emotional return to WWE Raw.

Is John Cena your favorite professional wrestler? Let us know in the comments!