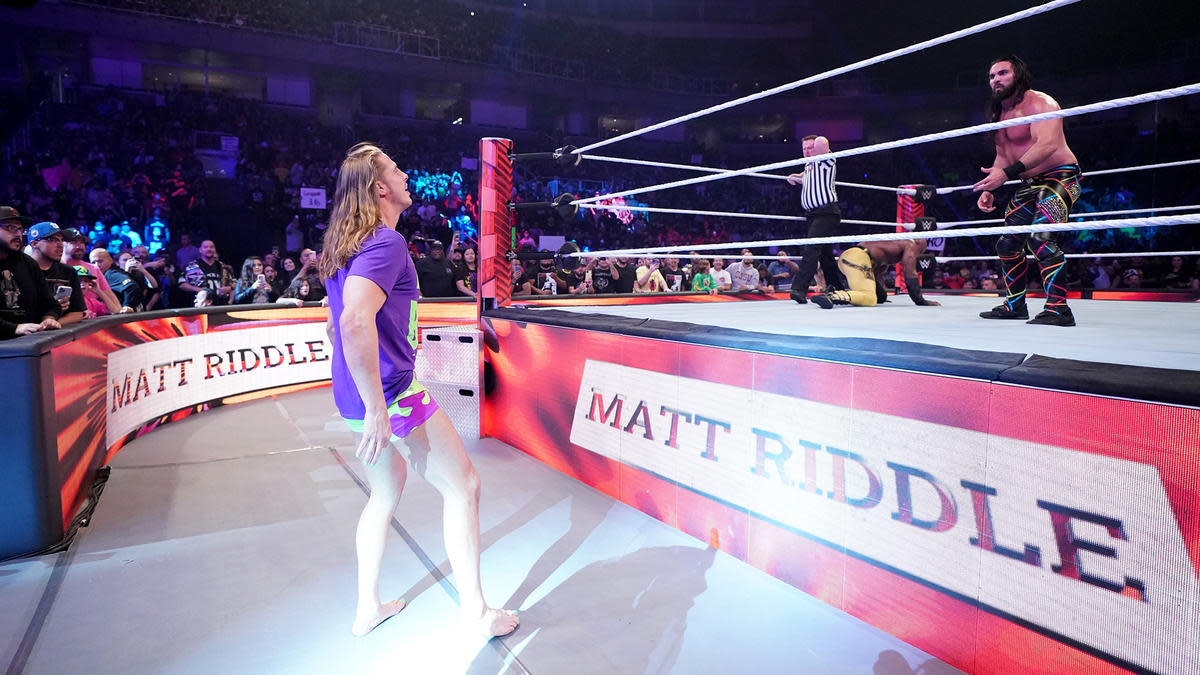 Build to Extreme Rules picked up pace on last night’s episode of Raw.

One new match was confirmed for the 8 October pay-per-view, while another was made official. At the PPV, Matt Riddle and Seth Rollins will face off in a fight pit match and Bayley challenges Bianca Bellair to a Raw Women’s Championship match.

Bobby Lashley defended his United States Championship against Rollins last night. It looked like Rollins was about to win the title after hitting a low blow, but Riddle’s distraction caused Lashley to hit a spear and pin Rollins and retain it.

Rollins later returned the favor by attacking Riddle while Riddle teamed up with Rey Mysterio against The Judgment Day. As they brawled backstage, Rollins agreed to give Riddle a rematch, asking him to name the time and place. Riddle challenges Rollins to face him inside the fight pit.

The Fight Pit Match made its debut on NXT in 2020. Riddle lost to Timothy Thatcher in that match.

Damage CTRL defeated Bliss, Asuka and Belair after last night’s main event. Bayley said she is now in control and getting what she wants – and what she wants is the Raw Women’s Championship at Extreme Rules.

Bobby Lashley vs Seth Rollins for the United States Championship

The Street Profits vs The Brawling Brutes

Rey Mysterio will never give up against Dominic

Kevin Owens has Johnny Gargano’s back against Alpha Academy

Dominic Mysterio Couldn’t Be Prouder To Stand With Judgment Day

Rey Mysterio and Matt Riddle vs The Judgment Day