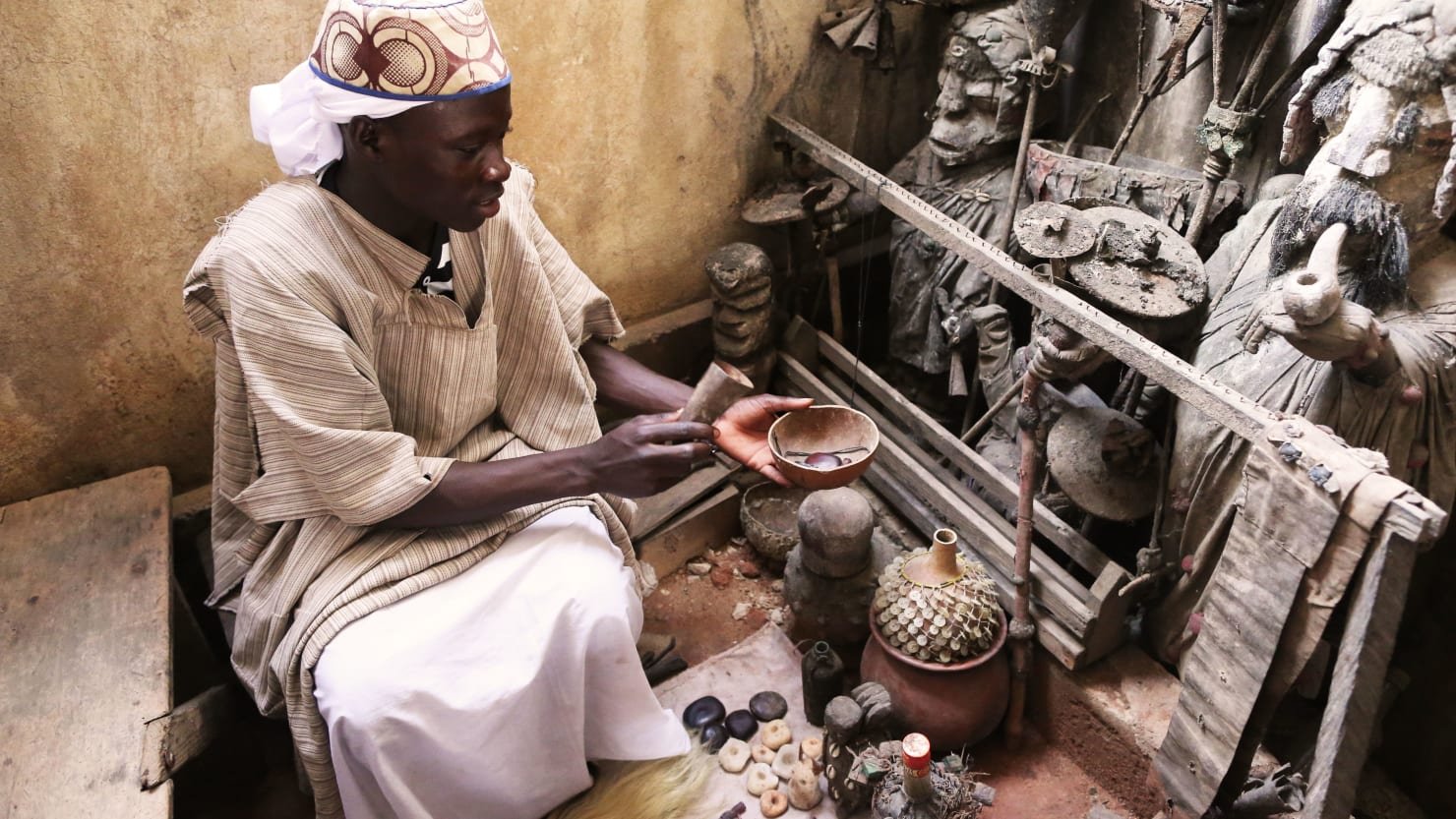 Lome, Togo – For at least half of Togo’s 2.5 million inhabitants, Vodun or Voodoo is a way of life. European colonialism and post-colonial absolutism failed to completely suppress the religion and its rituals, including elaborate esoteric dances, secret languages, and animal sacrifices dedicated to the many Vodun gods.

Today, Vodun’s survival is celebrated every January with the Fête du Vaudou in Benin, Vodun’s birthplace.

But as I traveled through Togo, it became clear that Vodun was hiding much more here. There are no voodoo churches or large public monuments. In fact, for a country that cites Vodun as a cultural and religious staple, it would be hard to find where this happens.

This is because Vodun, as a practice, is extremely individual; There is no central organization or governance around it. Those seeking a cure for their ailments – from fertility to financial matters – should find a Vodun priest or practitioner to consult with the gods.

Location of Togo and Benin in West Africa.

If you are new to Togo, you should ask a local exactly where to go. Most Vodun priests or priestesses can be found at home, where they are visited by people from their immediate environment. They are like doctors, serving those around them who seek to heal pain, cast a love spell, or lift a curse through sacrifice.

After diagnosing a problem, healers refer their patients to a marché des fetish (fetish market), a kind of “Vodun pharmacy” that supplies dried, dried, or preserved organics in bulk needed for ritual or ceremony. There are animal bodies. Small fetish markets are scattered all over the country, but sometimes dried carcasses can be purchased in the back of a store, restaurant, or from a contact who may have leftovers.

Akodeseva Fetish Market claims to be the largest Vodun market in the world. Located just a few miles from the international airport in the capital Lomé, Akodeseva is a full square block with walled gardens, haphazardly separated from the rest of the neighborhood. There is a cafe in front and a car shop behind.

Heads of goats, chickens, snakes and other dried carcasses are kept for sale at Akodeseva.

A $5 entry fee is required and an additional fee for each lens used to photograph or film at the market. Foreign tourists usually can’t buy anything in their home countries due to customs regulations, so these rates have helped sustain the market, which has existed for more than 150 years.

Akodeseva is an open-air market where monkey hands, langur skulls, crocodile skins, rat carcasses, starfish appendages, snake tails and parrot beaks are displayed on makeshift tables. Inside there are also English and French speaking guides who will tell you the history of the market and details about the products. If you would like to meet a Vodun priest on location, they will kindly show you around.

At Akodeseva, the guide and gardener are happy to present a frightened lizard.

Thousands of people come to this market every year to buy goods for their needs, but there is no standard recipe or ceremony in Vodun. A practitioner would prescribe a series of treatments, prayers, and rituals based on their own upbringing, their devotion to one of the more than 40 gods in Vodun, and their feeling for the tempter.

For example, when I visited a businessman in rural Benin, he asked me to bring him a bottle of gin and a live chicken to start a good luck ceremony on my further travels through Africa. He dipped me in a gin and spice concoction. When my colleague, Ben, a British photojournalist, took part in the same ritual, the priest gave him a seed to plant when he got home instead of a gin herb wash.

A Vodun practitioner in Benin provides the chicken and gin needed for the ritual.

But another person seeking a similar result from another practitioner may be asked to bring a skull or rat tail to facilitate their ritual. If you suffer from erectile dysfunction, a Vodun priest may ask you to buy a snake vertebra or a bunch of horse hair. A rotting chameleon or owl corpse can be used to lift a curse. If you want to increase speed and stamina, you may need herbs mixed with dog or rabbit head.

All this can be found in the Acodesewa market for a fee.

Most individual items on the market were priced between 10,000 and 20,000 CFR ($15-31). GDP per capita in Togo was $921 last year, so it’s easy to understand how expensive these products are given the average monthly wage of $76. Local people in rural areas who have little or no access to these markets take often resort to poaching or hunting these animals, although this is a risky endeavor. The guide in the market claimed that all the animals in Akodeseva died of natural causes.

Vodun priests were also available in the market. Sitting in small tin shacks along the back wall of the market, visitors politely enter without shoes and speak to a businessman. For an additional cost, the priest will diagnose a problem, retrieve the relevant animal skin and perform the ritual for you, making the market a virtual one-stop shop.

In these huts, healers place fetish objects in a turtle shell and cast an incantation. Candle wax, pungent palm oil and chicken wings are usually spread before a specific ritual takes place. Rum or animal blood is sometimes splattered during prayer, and the price is negotiated as they roll small spheres like dice.

A Vodun practitioner in Benin throws small balls like dice.

All this money makes the Akodeseva Fetish Market a remarkable place in Togo, made up of local residents impatiently waiting to take visitors to their next spot, or sell them a unique piece of jewelery or jewelry.

Outside, some of the locals lugged large animal parts wrapped in sacks in the back of their cars or tied to a motorbike, while the rest of us wondered what exactly they were going to ask of a priest. How bad can your problem get if you need a whole horse leg?