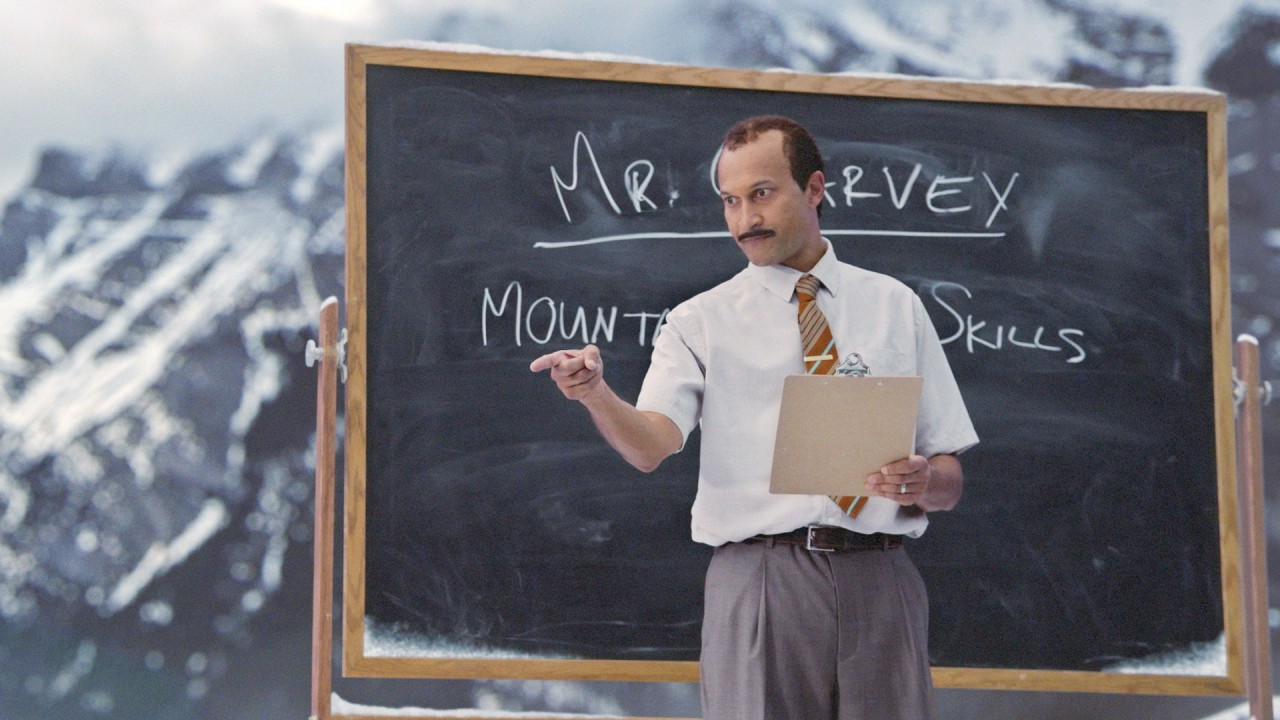 The new TV spot kicks off the third iteration of a marketing campaign titled “A Mountain of Entertainment” that first launched during the 2021 Super Bowl.

Streaming service Paramount+ is back on the fictional Mount Paramount in a new TV spot, this time starring the iconic Key & Peele character Mr. Garvey.

In the ad, Mr. Garvey — a highly stressed substitute teacher with child-induced mood swings played by Keegan-Michael Key — takes roll call for a cast of characters from famed Paramount+ productions.

Like the original Key & Peele sketch, Mr. Garvey can’t pronounce anyone’s name correctly – for example, he says “do-rah” (emphasis on “rah”) instead of the title character’s “Dora”. From Dora the Explorer. When she gleefully says “Soy Dora”, Garvey screams in frustration and smashes his clipboard on his knee.

In addition to Key and a cast of animated characters — who, as evidenced by the sign behind Key’s character, have come together to learn “mountain survival skills” — there’s also a brief appearance from Sylvester Stallone, star of the new Paramount+ show Tulsa . There is a voice cameo. King.

The new one-minute ‘Survival School’ spot is the third iteration of Paramount+’s marketing campaign dubbed ‘A Mountain of Entertainment’, whose creative focus – as the campaign name suggests – focuses on Mount Paramount, whose spire forms the backdrop forms for Paramount Global’s iconic logo.

Last year, the campaign debuted with a series of commercials during Super Bowl LVI, which, like the new spot, featured recognizable characters from Paramount+ productions as they struggle to rise to the top. The second iteration of the campaign debuted earlier this year at the American Football Conference (AFC) championship game.

Also read  How to get promoted from director to vice president

The new ‘Survival School’ spot is the first of a total of three new spots to be released. It was produced in conjunction with Paramount+’s agency partner Droga 5, and is expected to air on Thanksgiving Day during an NFL game.

For more information, sign up for Drum’s daily US newsletter here.