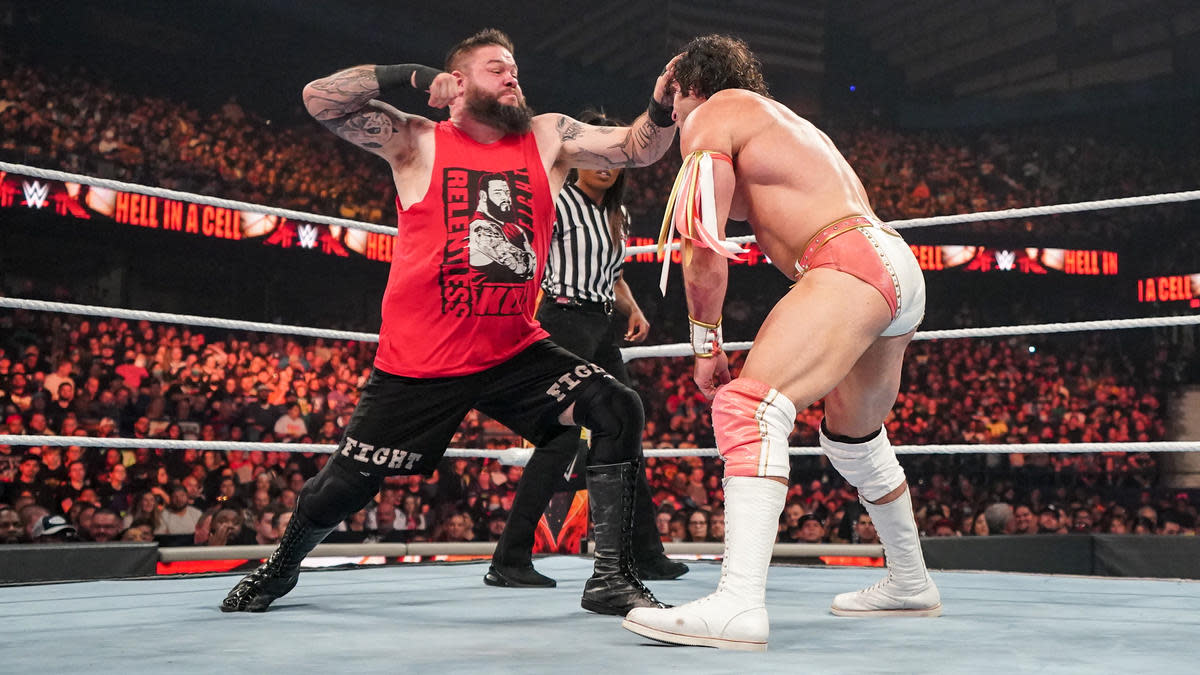 Despite being advertised, Kevin Owens vs Ezekiel didn’t happen on Raw last night.

Commentator Jimmy Smith said during last night’s show that Owens v Ezekiel had to be rescheduled. It was going to be a Money in the Bank qualifying match.

WWE did not specify when the Owens vs Ezekiel match would take place. Ezekiel still appeared on Raw, but Owens was not on the show.

Dave Meltzer told Wrestling Observer Radio that Owens wasn’t able to wrestle last night, but – whatever the situation – it was nothing serious.

“No Kevin Owens” [on Raw], Whatever the situation, it is minor. But he wasn’t on the show, which is why the Ezekiel match didn’t go as originally scheduled, which, I guess, was going to take place for last place in Money in the Bank? There’s still a place left,” Meltzer said.

“I didn’t see if Kevin Owens would be ready until Friday. I just know he wasn’t ready tonight, but it’s nothing serious I was told. Maybe he can be ready by Friday and They can do that match.”

Money in the Bank is being held in Las Vegas this Saturday. Seth Rollins, Drew McIntyre, Sheamus, Omos, Sami Zayn and Riddle have qualified for the Men’s Money in the Bank ladder match. There is still one open space left.

Last night on Twitter, Owens offered a story explanation for Raw’s disappearance, writing that he didn’t want to go As for the show because it was in Texas: “I didn’t want to go to Texas so I didn’t. Leave me alone.”