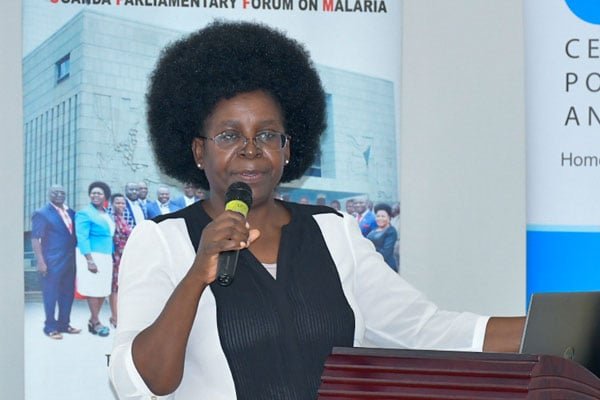 A forensic audit conducted by the Auditor General, Mr. John Muwanga, has revealed that the Ministry of Science, Technology and Innovation (MoSTI) is engaged in erratic COVID-related procurement.
According to reports, the ministry had made a provision of Rs 46 lakh for eight special rats but bought only half, while the local rats, claimed for Rs 10 lakh, could not be seen.

The auditors found that the cost of rats for research was very high, that due diligence had not been done with suppliers or that market rates had not been set before purchasing, leading to a loss of public finances and some money. Immediately redirected.
The report found that the ministry failed to pre-qualify contracted companies to provide services, in violation of government procurement rules.
When contacted yesterday, the Minister of Science, Technology and Innovation, Dr. Monica Musenero: “The Accounts Officer will provide the necessary clarification.”

In an earlier reply to the parliamentary select committee report, he denied any wrongdoing in the implementation and said all accountability issues had already been resolved by the Auditor General.
Mr Muwanga submitted the classified report, which was approved by the parliament, to the Speaker of the Parliament, Ms Anita Amang, on Wednesday.
Parliament demanded an inquiry into spending during the government’s official response to fighting the pandemic after the ad hoc committee found questionable accountability and empty deals.
A copy of the latest forensic audit report seen by this publication shows that the Ministry of Finance has credited Shs190b from the Shs816b revised approved budget of the Ministry of Science, Technology and Innovation to Bank of Uganda account number 000230058000002.

The report said Rs 10B of the money released was intended for the innovation fund, but nearly half was allocated to the Covid response.
According to the auditors, in fiscal year 2020/2021, the Ministry received Shs31b directly as additional funding to fight the pandemic in addition to its allocation in the previous year.
MoSTI officials then used some of the money to directly purchase research equipment worth Shs5.3b and Shs15.9b from suppliers who were not pre-qualified.

“In addition, MoSTI has incurred procurement expenditures for the said research equipment with no market price as mandated by the procurement regulations,” the report signed by Mr. Muwanga reads.
It added: “I noticed the absence of an intellectual property rights framework for the commercialization of publicly funded innovations, research and development. MoSTI is to develop the framework in collaboration with the Presidential Scientific Initiative on Epidemics (PRESIDE) under Article 6.4 of the September 7, 2020 MoU between MoSTI and a Chair.
Earlier this year, the parliament’s select committee on science, technology and innovation investigated allegations of corruption against MoSTI minister Dr. Musenero and recommended that the president be dissolved for gross irregularities.
The Committee noted that while PRESIDE was created to run the pathogen economy, its activities were hampered by mismanagement, poor accountability and generally poor planning.

The MPs said the government has failed to define the legitimacy of the initiative, analyze and adapt existing structures and build on them for effective operation.
At the time, the committee reported that Shs2.6b paid out under PRESIDE was not accounted for due to poor management.
The latest forensic audit describes similar discrepancies with MoSTI’s Covid-related spending. The pandemic, which paralyzed the world, hit Uganda in March 2000, triggering two nationwide lockdowns; In March 2020 and June 2021.
According to official figures, it has killed 3,630 people in Uganda so far.

Now, as the audit report shows, while citizens have been forced to stay at home, fiercely enforced by security forces, and businesses decimated, government bureaucrats with access to public funds have sunk the pandemic. repeatedly dipped his itchy fingers into the cookie jar to fight it off. To give away billions of shillings.
In the case of the Health Ministry, which led the official response, the latest forensic audit found officials had spent and wasted a lot of money trying to find irregularities, including awarding multiple contracts to companies owned by the same person . were spent on unusable goods and services and unexplained budget overruns.
The auditors found in some cases that the health ministry, which was holding off on comment until it analyzed the audit findings on Wednesday, was making duplicate payments for the same services or paying money to companies without performing the work.

During the reporting period, fiscal years 2019/2020 and 2020/2021, the Ministry of Health received an additional budget of Shs 372.8 billion in addition to $ 15.1 million and Shs 788 million that donors – the World Bank, the Global Fund and others – have approved for did. Redistribute funding internally to ongoing projects they supported.
It is now feared that much of this money was wasted or embezzled. Audit also revealed several discrepancies, including flawed procurement procedures, non-compliance with procurement laws, payment of “ghost goods” and services, and double payment.
For example, the ministry spent 37.5 billion rupees on the purchase of intensive care unit equipment, which was not installed in the referral hospitals of Gulu and Jinja due to space constraints.

The forensic audit also revealed problems in the procurement and deployment of vaccines. As was the case with the Department of Health, forensic audits found similar irregularities at the MoSTI, whose accounting duties fell to the State House comptroller last year and dozens of scientists were unceremoniously sent home.
The Court found that the Ministry’s Research Contracts Committee was inactive, but that its members were given every facility to do their job. It is not clear how the purchase came about without the intervention of the Research Contracts Committee.
According to the report, in fiscal year 2020/21, authorities will transfer Shs2.1b to the Tropical Institute of Development Innovation (TRIDI), an institute designed to enable individuals, communities, ministries and governments in the tropics to access to and leveraging science Designed to impress. Technology and innovation in exploration, production, processing and production.
TRIDI is headquartered in Uganda as a non-profit organization.

Although the TRIDI project is partly financed by the government under the Innovation Fund, there was no approval of the transfer of funds to the project.
The Auditor General said the ministry has issued Shs791.6m to pay Dr. Purchase Oligo DNA Synthesizer Research Equipment for a Principal Investigator under PRESIDE without delivery.
“However, I note that the equipment was not supplied and installed by the supplier,” Mr Muwanga wrote.

rat case
The report particularly objected to overspending by the ministry, where less money was budgeted but more was received than budgeted.
The report said that the Lab Animal House, and PCR and Anti-body Diagnostics Kit, projects under Makerere University, which had a total approved proposed budget of Shs2.1b, instead received Shs3.8b without adequate justification, resulting in too much paid Shs904m .
The purchase of rats for research was also a concern. The ministry had earmarked Rs 48 lakh for the purchase of eight special grade rats for the project. The cost of each rat was 60 lakh rupees. However, the ministry had to pay Rs 1.17 crore per rat, which is double the cost.

“Of the eight humanized rats budgeted to cost Shs 48 million and Shs 6 million each, only four were delivered for a total cost of Shs 46.6 million. I further noted that Shs 10 million common rats were not purchased for the “R&D-11″ project,” the report said.
Last November, President Museveni defended Dr Musenero and the ministry over corruption charges and warned that it was criminal to attack “a decorated official”.
“…when I see people attacking him I hope they are right because if they are not right I will go for them because you have no right to appoint a respected official in the Ugandan scientific community fall. No,” he said.