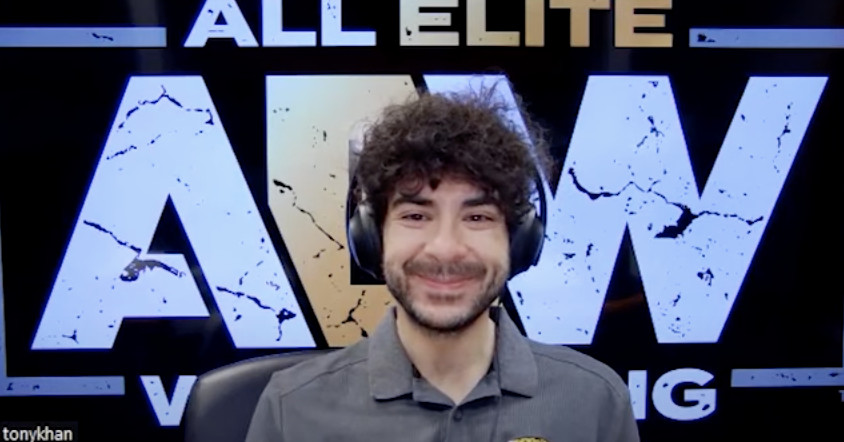 AEW is gearing up for a big show in New York tomorrow night (September 21). Grand Slam – four hours of wrestling to be broadcast on Dynamite and rampage this week – is a big deal because it’s the company’s annual stadium show in New York City, and because it comes as AEW tries to set ship right after the chaos that followed Everything out earlier this month.

Several members of Team AEW are on the media track this week promoting Grand Slam, including owner/chairman/booker Tony Khan.

Khan sticks to his usual promotional strategies. He has promised that Grand Slam will be a special night like anything the company has ever done and no one will be disappointed when the night is over. He is touted the event’s success as the highest-grossing television date in AEW history. And, of course, he pits his product against the greatest company in wrestling history – WWE.

The jab came during his interview with New York News 12 (which is also where the “special night” hype came from). TK’s target was one that many people in the wrestling community have a problem with, even people who are WWE fans… WWE’s relationship with the Kingdom of Saudi Arabia.

It came as we talked about not just this week in New York, but AEW’s upcoming series of shows in Philadelphia, Washington, DC, and Toronto:

As mentioned above, there are plenty of opponents of WWE’s contract to stage two “sports wash” shows in Saudi Arabia every year. However, TK bringing that up in this context still feels forced. It’s not that The ‘E doesn’t have or won’t run most of those same markets (Philly and Boston are the locations of WWE’s next two non-Saudi premium live events). Nor is Tony really delving into the issues surrounding Vince McMahon’s deal with Crown Prince Mohammed bin Salman, such as the KSA’s record of human rights violations.

But he’s getting some headlines that he might not have gotten for Grand Slam otherwise. Is that worth rolling the eyes of critics?

TK has decided yes. Feel free to tell us if you agree in the comments below.