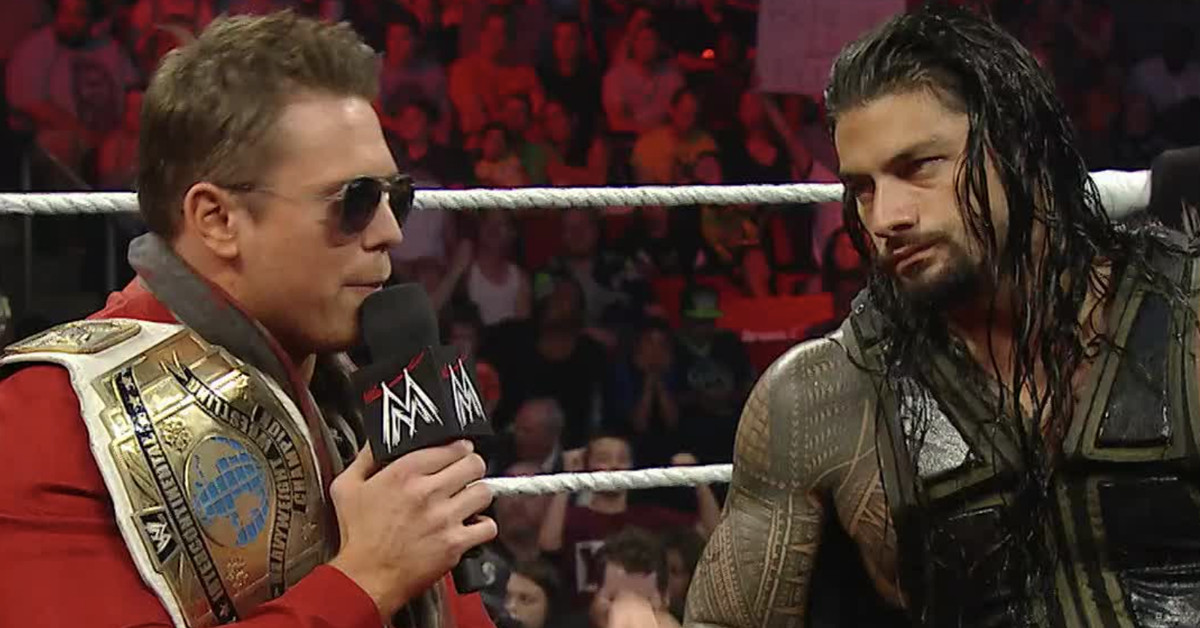 Apparently September 20, 2022 is National Punch Day. I have no idea what that is or what it is about and will not investigate it. Instead, I’ll take the opportunity to post this video WWE put on the timeline and enjoy two of the punches included in the video:

Believe it or not, there was a time when WWE was desperate to make Roman Reigns cool in any way possible, when the guy in charge at the time (ahem) had no idea how to effectively pull that off. One of the few times they did that was the first slap you see in the video where The Miz just goes on and on and Reigns just shakes him with a clean right hand.

He doesn’t even get up, he just watches Miz flutter until he rests on the floor outside the ring. It was money.

Even better was the blow that landed Triple H on an unsuspecting Kurt Angle, who had to take a deep breath because he was about as stressed as a man could be at the time, with the horrible position of Raw General Manager. It’s so good because it gave us this immortal photo, one that I was totally willing to call the greatest of all time when it happened in 2018:

This was your blog about the graveyard squad for the evening. I hope you have a nice evening out there, Cagesiders.