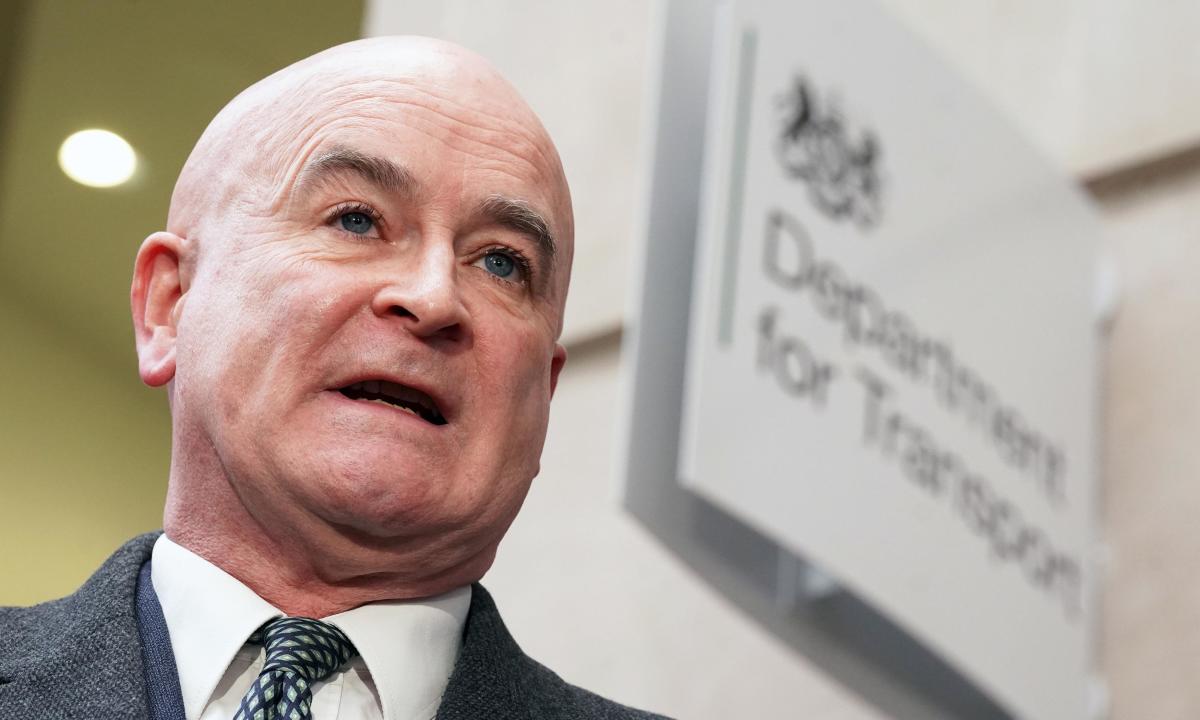 The RMT’s Mick Lynch said the planned railway strike would go ahead around Christmas anyway, but added that the union had “started talks” after an initial meeting with new transport secretary Mark Harper.

The secretary-general of the Union of Rail, Maritime and Transport said he did not expect the Secretary of State to “sit down to the table”, but promised a “constructive” letter outlining his position – saying Harper was “the trash cleared up” ”. Got “” one of his predecessors, Grant Shapps.

However, Lynch refused to call off the eight-day strike in December and January. He said: “If we call off the strike, we will never be able to negotiate… My members will not forgive me. I made a commitment – ​​the action will continue until we have a concrete result.

Harper said the meeting at the Department of Transport was “constructive” with “an open and honest conversation about the serious challenges facing the railways”.

He said he had found common ground and added: “A deal needs to be made and I am confident we will get to it – I will help the RMT and employers get to an agreement and end to the dispute over travel benefits I want to give.” .” public.”

Earlier in the House of Commons, Harper told MPs: “I want a sustainable, thriving rail network – but with 20% of passengers not returning since the COVID pandemic, reform is vital.

“I call on all union leaders to sit down with employers again to clarify the details of that reform.”

Also read  Lecturers, teachers and Royal Mail employees strike in one of the largest strikes

He said: “I really wish there were no strikes…but we need reforms to make better offers for railway workers.”

RELATED: How bad do British trains need to be for the Tories to act? , Helen Pid

Harper was scheduled to meet next week with Frank Ward, the interim leader of the Transport Salaried Staff Association, as well as Lynch, and Mick Whelan, Asleaf’s general secretary.

Lynch announced new strike dates on Tuesday, saying the Transport Department had blocked rail industry bosses from offering a deal after negotiators told the RMT they were close to doing so.

The RMT has announced a total of four weeks of industrial action, expected to cause further disruption in the UK over Christmas, as well as around two weeks of minimum services in December and January.

Thousands of RMT members of Network Rail and the 14 train operators are going on strike twice a week for 48 hours. The first strike, on 13–14 and 16–17 December, would cause disruption for six consecutive days until Christmas, while further strikes on 3–4 and 6–7 January would have a similar impact on through services.

Due to the strike, only a few services are running on main lines and no trains are running on secondary lines. About 20% of scheduled trains have run between 07:00 and 19:00 on other strike days so far this year.

The RMT overtime restriction from December 18 to January 2 may also impact service during critical engineering works periods. Network Rail and train operators are still investigating how the ban, which affects rest days during the holidays, will affect the trains.

Train services in the UK will also be hit hard by drivers going on strike by the Asleaf union on Saturday 26 November. Drivers of 11 train companies are going on strike, leading to the suspension of all services by most of the affected carriers.

Asleaf has now suspended the strike action on the London Overground, following a payment offer from Areva. Whelan said the offer meant he had now “negotiated or offered payment from every operating company except those under contract to the Department of Transport”.

The rail distribution group said commuters should only travel by train this Saturday if absolutely necessary and check their journeys in advance, and should expect some disruption to operations on Sunday with a reduced timetable.