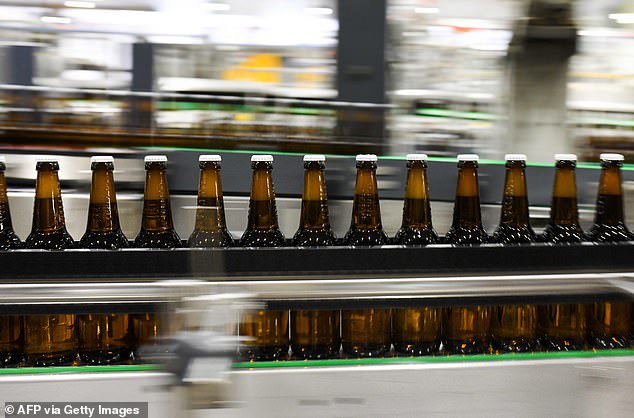 New Zealand-based East Imperial had a rough year, but peaked this week after it appointed a US bottling partner to meet growing demand.

The US-based Lion Brewery will bottle its full range, including its Grapefruit Tonic, Mombasa Ginger Beer and Yuzu Lemonade, starting in early 2023, the maker of “ultra-premium beverages” said.

This will result in “significant” logistics savings and reduce the capital costs of expansion, it added, which is “an important part” of its plans to improve profit margins and provide flexibility to respond to demand. Will cause shares to rise 14 percent to 2.79p.

Real Good Food was one of London’s AIM gainers, rising 51 percent to 1.75 pence after receiving additional funding for the turnaround.

The food production company said the new money was provided by Hilco Private Capital over a 12-month period and complements the existing £6.3 million with Leumi.

Mike Holt, Executive Chairman, said: ‘We are pleased that new funding has been secured in support of RGF’s radical reform, which aims to reduce costs, protect revenues and preserve the group’s inherent value. ‘

And financing is fast becoming an important issue for smaller public companies.

DeepMatter led a 60 percent drop after it announced its plans to delist AIM following talks with shareholders and potential investors about long-term financing.

The scramble to raise money was also the topic at Applied Graphene Materials, which said it launched a strategic review after it was unable to raise equity due to a tough stock market environment. On the news, shares fell by a fifth.

Even when companies can raise financing, rebates can be punitive.

The cloud-based cybersecurity software specialist issued shares for £255,000 with directors for 2p.

Health diagnostics maker Gendrive was another loser, down 23 percent to 9.7 pence as annual losses widened and revenues fell.

David Budd, chief executive, said the group had made good progress in pharmacogenetics despite the financial situation and had an opportunity to be a leader in establishing genetic testing in acute care.

De la Rue’s run of disappointments continued, as another warning caused the note printer to fall 21 percent to 78 pence.

Underlying interim earnings fell 46 per cent to £9.3m, in line with earlier guidance given in July, but this was lower than expected for the full year, which really spooked investors.

The London Small Cap index had a decent week despite the drop, with the AIM All-Shares rising 0.8 percent to 844 and the AIM 100 even higher, though they were again well outperformed by Footsie.