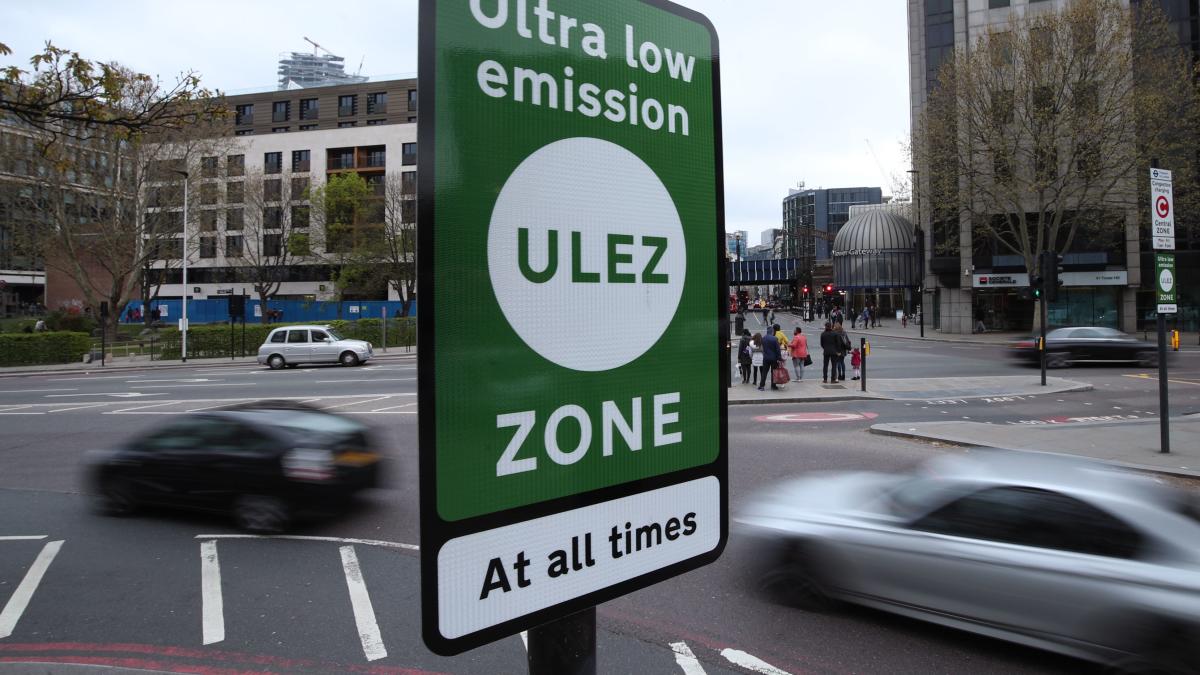 Thousands of drivers are being charged £12.50 a day to use London’s roads after Mayor Sadiq Khan announced he would be expanding pollution charge zones to improve air quality.

Mr Khan said extending the ultra-low emission zone to the entire capital from August 29 next year is “one of the hardest decisions I have made”.

The scheme, which is always in effect except Christmas Day, is currently limited to the area within the North and South Ring.

But transportation officials hope an extension of the scheme through the end of next year will encourage thousands of those drivers to switch to vehicles that meet minimum emissions standards or to walk, cycle or walk in public. Use another means of transport. transport.

Whether a vehicle is subject to tax depends on the amount of nitrogen dioxide it emits.

Drivers can check the status of their vehicle by entering their registration number on TfL’s website.

Khan said air pollution is making Londoners “sick from cradle to grave” with diseases such as cancer, lung disease, dementia and asthma.

He described the Uleez as “transformative” and claimed that expansion would mean “five million people could breathe cleaner air and live healthier lives”.

The mayor stressed that the rising cost of living was a “key consideration” in his decision to implement the proposal, as revealed in a public consultation between May and July.

This led him to introduce measures such as a £110 million scrappage scheme to help low-income Londoners, people with disabilities, small businesses and charities scrap or retrofit their non-compliant vehicles.

There will also be a major expansion of bus services to the London suburbs.

Mr Khan added: “Expanding Ulez to London has not been an easy decision.

“The easy thing for me would have been to kick the can into the street.

“But at the end of the day, public health trumps political expediency.”

But Nicholas Leas, RAC head of road policy, said the announcement would be “a hammer blow to desperate drivers and businesses already facing high fuel costs”.

Michael Lloyd of the Federation of Small Business said a “heavy-handed” expansion of Ulez “would put many small businesses in a precarious position”.

He said a recent survey of affected small businesses suggested 18% plan to close if expansion continues, and 25% plan to pass on additional costs to customers.