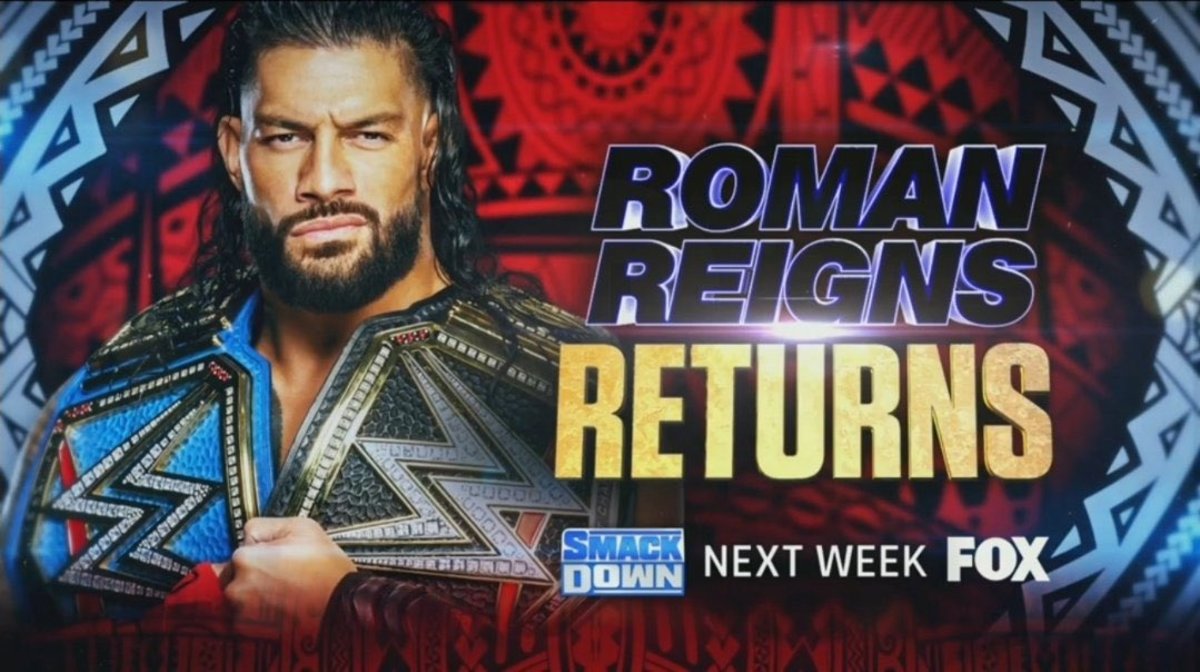 The return of Roman Reigns, a Tag Team Title match, as well as Braun Strowman’s first match in WWE are scheduled for next week’s WWE SmackDown.

Reigns’ return was announced during this week’s episode, and will be his first appearance on WWE programming since defending the undisputed WWE Universal Championship against Drew McIntyre at Clash at the Castle.

The Usos are up for an undisputed Tag Team Championship defense next week as they face Ridge Holland and Butch of The Brawling Brutes. Holland and Butch pulled off a four-way victory to crown the new number one contenders for the tag title on this week’s SmackDown.

Lineup announced for next week’s episodes: