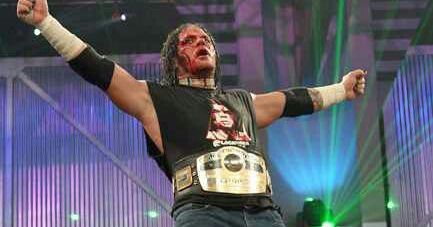 Impact announced Raven as the newest member of their Hall of Fame.

Raven held 36 championships throughout his career. He competed in TNA from 2003 to 2010. Raven carried the NWA World Heavyweight Championship for 88 days under TNA’s tutelage in 2005. Raven brought the Clockwork Orange House of Fun match to TNA and also participated in the first Monster’s Ball match .

Raven has appeared sporadically on Impact in recent years, such as chatting with Rosemary at a bar about the joy of blood feud.

Raven also explained the psychology behind his creation of the Clockwork Orange House of Fun concept.

What is your favorite memory of Raven during his time in TNA and Impact Wrestling?