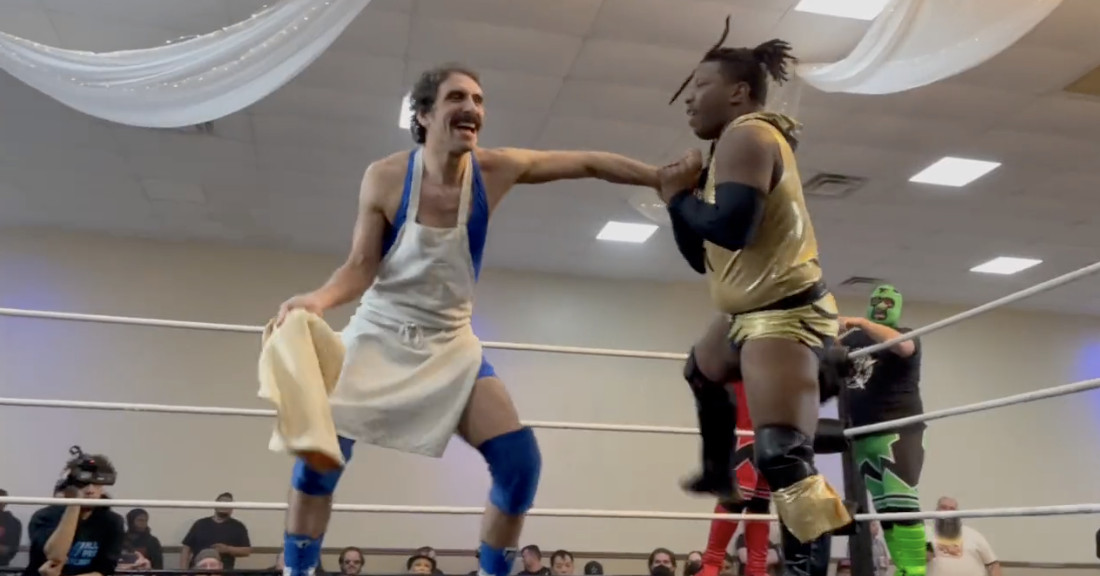 So AEW had Luigi Primo on Dynamite this week, and it sparked the kind of discussion you’d expect given its gimmick. Some people like a guy who makes pizza while he’s wrestling a match, some people think it’s ridiculous and doesn’t belong in the business.

You know what I’ve come to realize? All these arguments are valid, as we have reached a point where it has become clear that pro wrestling can be anything you want it to be. It just depends on what position you’re in.

For some, drawing the house is all that matters, which is why stars who can do that are valuable possessions. Reminds me of an old Al Snow clip from an interview with Kayfabe Commentaries:

He asks a simple question: “Who had the best match at WrestleMania 3?” Before Sean Oliver can even finish saying “Randy Savage vs. Ricky Steamboat,” Snow jumps in and says “no they didn’t, stupid shit.” He claims that the best match goes to the one who sold the most tickets. Before that show, it was Hulk Hogan vs. Andrew the Giant.

“They had the best fucking match because if they hadn’t had that match there would be no business for you and me to keep talking about,” he says. “That’s the truth. 93,000 people paid to see them. That makes it undeniably the best match.”

There is some logic to support his claim. After all, the goal of the professional wrestling world isn’t to have what many fans would consider “the best” professional wrestling match — whatever standard they use to rate so much — but to make as much money as possible. The competition is the vehicle to do that. If the most praised match is also the match that brought in the most money for the company promoting the match, hey, great! But that is secondary to making the money.

Jim Cornette has, predictably, already blasted Luigi for making fun of the company. He, like Snow, has always had a different investment in the industry than ours. They depend on it to get paid and want it to prosper so they can continue to do so.

Fortunately, we as fans don’t have to worry about that! We can just see what the promoters have put together and decide if we like it or not. We don’t all have to share the same taste. It’s all subjective.

If you dig what the pizza man is cooking, don’t let anyone tell you you’re wrong. He could one day mess around and have the best match on the show.

Let them worry about who drew the house.

This was your blog about the graveyard squad for the evening. I hope you have a nice evening out there, Cagesiders.