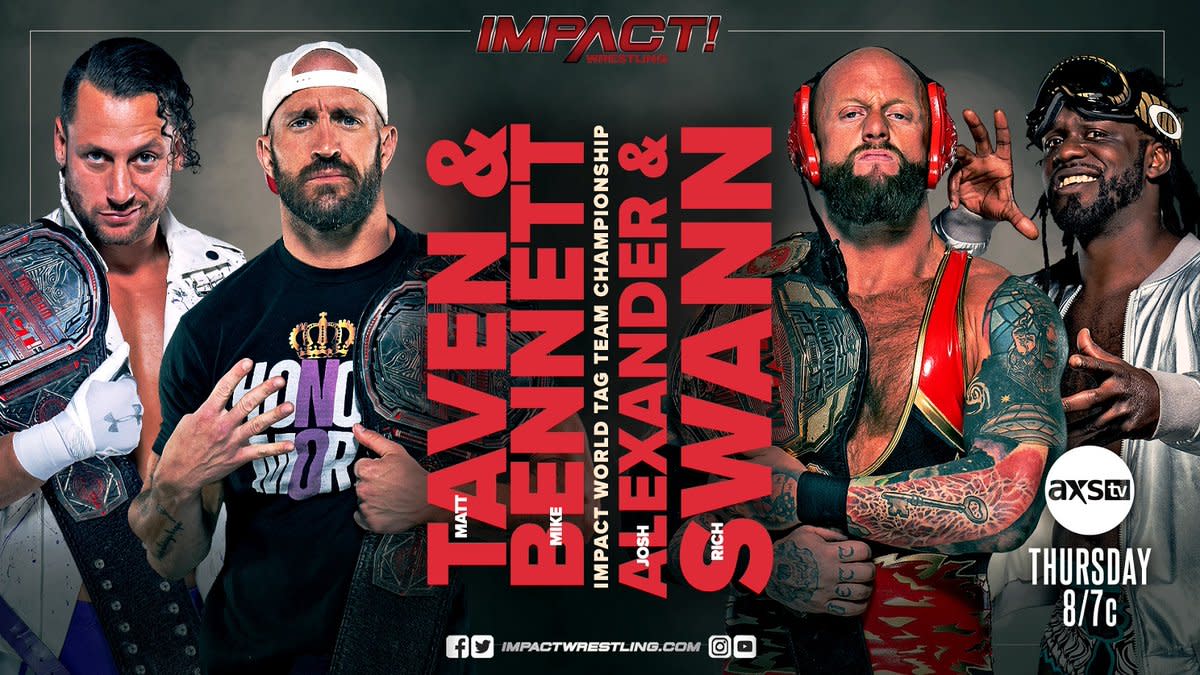 Mike Bennett and Matt Teven share Honor No More with their leader, Eddie Edwards, challenging Alexander for his title at Bound for Glory next month.

Bennett & Taven recently won the title by defeating The Good Brothers. Alexander is a former Tag Team Champion with Ethan Page, while Swann is looking for his first reign.

After defeating Kenny King last Thursday, NJPW’s Yuya Uemura will return for his second straight week of action as he faces Raj Singh at the BTI Pre-Show.

Here is the current lineup: