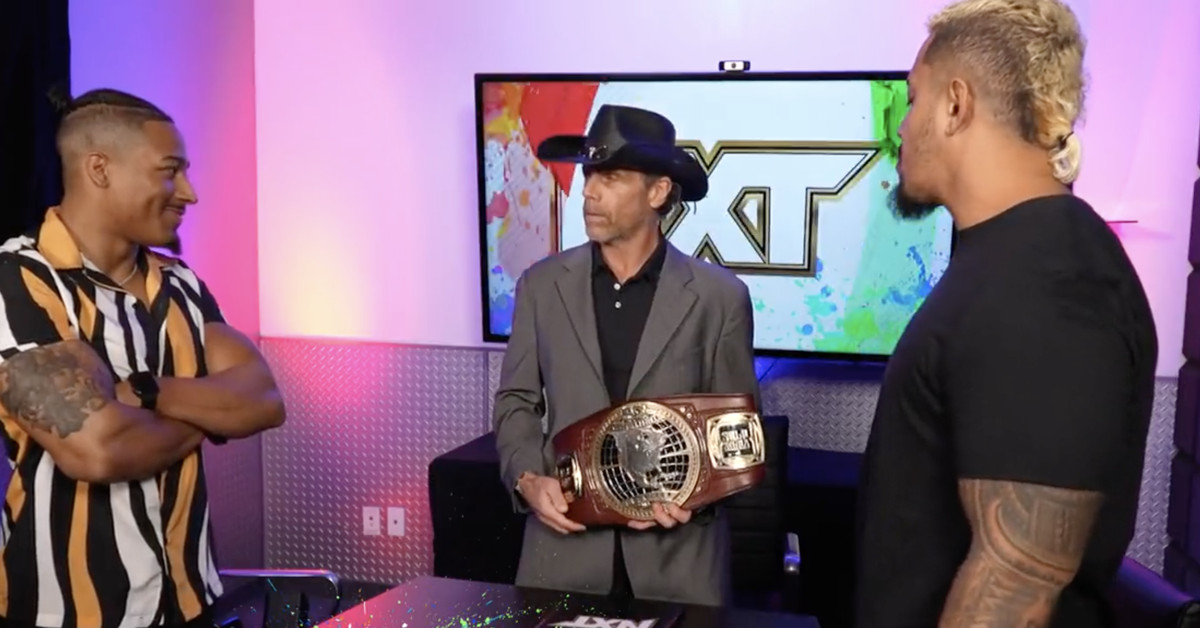 Solo Sikoa made a surprise return to NXT television last week, winning the North American Championship from Carmelo Hayes. The original challenger in that match, Wes Lee, was eliminated after it was announced that he had won a fan vote and it was Sikoa who took his place.

Only he should never have done that.

That’s according to the head honcho at NXT, Shawn Michaels, who opened this week’s show with a backstage meeting with Sikoa and Hayes. He explained that Sikoa did not participate in the vote of the fans and therefore the result of the match cannot stand and he would have to renounce the title.

Sikoa did so willingly, saying that he had achieved what he wanted by keeping his promise. He left, after a few nice words from Michaels, and seemed to mark the end of his time in NXT.

Hayes, meanwhile, asked for the title back but was told he must qualify for a ladder match to be held in six weeks’ time at the Halloween Havoc event. The winner of that match becomes the next North American champion.

Check out the full NXT results and coverage from this week’s show here.