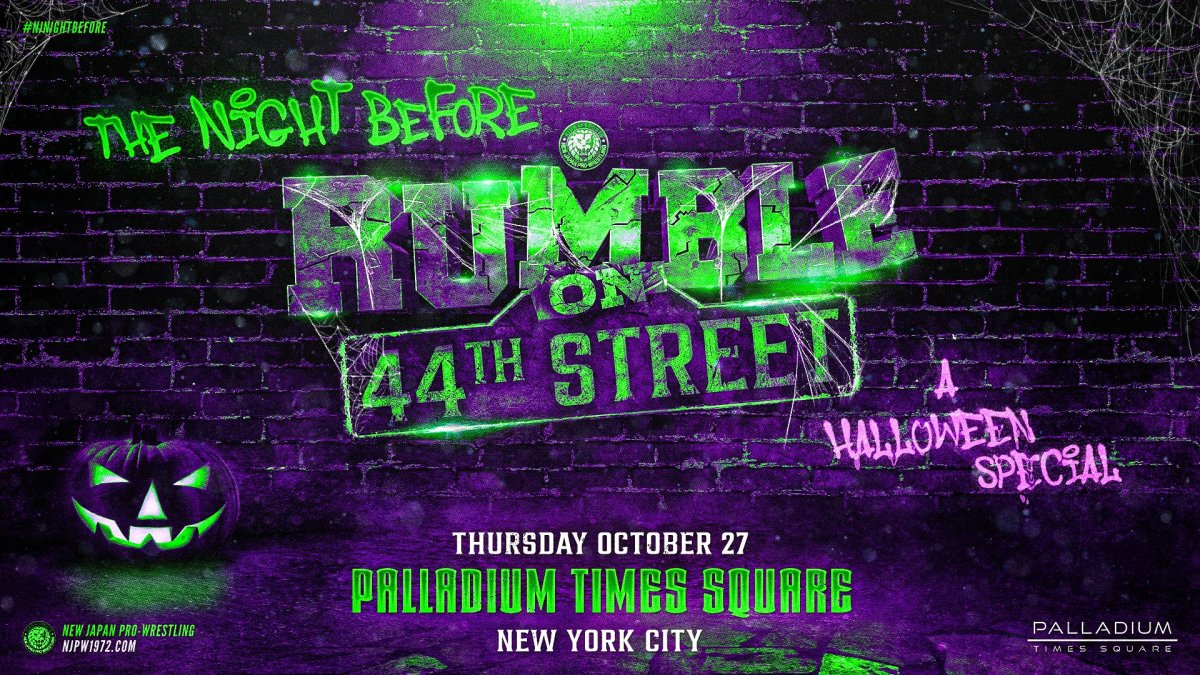 NJPW has added a second pay-per-view in New York City to its October schedule.

On October 28, NJPW returns to New York City for the spectacular Rumble match at 44th Street.

The Palladium in NYC sold out from its initial allotment of tickets almost immediately, and there are only a few seats left for the October 28 event. (Get the last seats here!)

Keeping this huge demand in mind, another event has been added to the Palladium schedule on 27 October. The Night Before Rumble on 44th Street: A Halloween Special will feature some incredible matchups and the best of New Japan in a true seasonal party atmosphere. Halloween weekend. Maybe there’s a scary surprise or two?

Tickets for The Night Before will go on sale Friday, September 16 at 10 a.m. Eastern Time, with prices ranging from $35 to $250. Fans can also sign up for the pre-sale starting September 14.

Limited seats still remain for the Rumble on Saturday, October 28 at 44th Street.