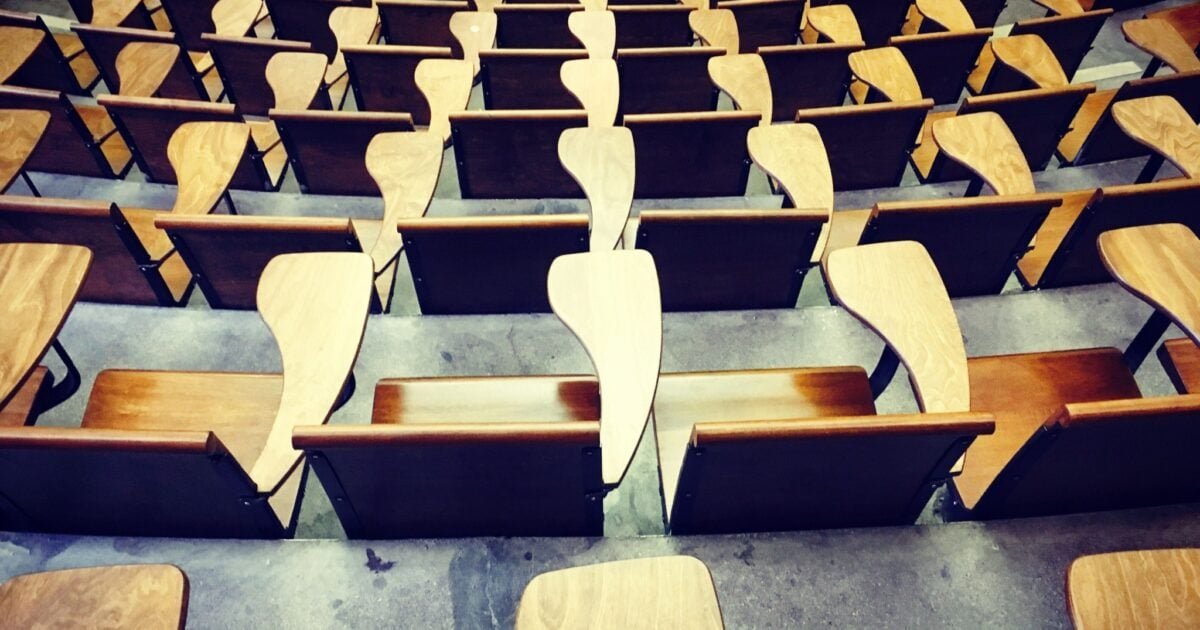 Nearly a century ago, “progressives” wanted to take over American education. He wanted to eliminate the individualism that had always characterized people’s character, so that they would be more receptive to the collectivism and central control that progressivism demanded. The best way to do this would be to inculcate his teachings in young minds.

Progressives (I wouldn’t call them “liberals,” even though that’s the common parlance these days; the progressive project is the exact opposite of true liberalism) have been extremely successful in their goal of dominating our educational institutions. Over decades, they made slow but steady progress as more teachers and professors of leftist leanings were hired. However, traditional academic norms kept most of them from going too far and turning their lessons into propaganda of their favorite beliefs. The American Association of University Professors believed that faculty should teach their subjects and not deviate from matters of personal opinion.

Those standards are disappearing. They began to recede in the 1970s and have steadily declined since then. Increasingly, new faculty members are encouraged to give their teaching a political slant. Many were open about it. One professor, Donald Lazere, even wrote a book titled Why there should be a left bias in higher education.

Many faculty members have internalized progressive beliefs during their own training and now view their role as “change agents” rather than objective scholars. Many courses that used to be politically neutral (e.g. English) have turned into education camps with far-left biases in lectures and assignments. The faculty can do this because most university administrators are on their side. Like teachers, administrators are steeped in progressive activism. Very few are willing to fight teachers (and students) who want to politicize their schools. They often take the initiative.

For example, at the University of Tennessee, the administration has required diversity plans from all academic units of the university. Perhaps more dangerously, the diversity, justice, and inclusion madness has been brought to the US Naval Academy.

DEI’s determination prevents academic leaders from championing academic freedom when students they believe are offended demand that professors be punished, as happened to Professor Amy Wax at the University of Pennsylvania Law School. They also like to require applicants for faculty positions or promotions to submit a “diversity statement,” the equivalent of an oath of allegiance to a set of ideas—a requirement that is completely against the university’s concept of free inquiry. There’s a place for it

With divisive and anti-education DEIs at so many colleges and universities, it seems like there is a potential for some “product discrimination”. Why shouldn’t schools that insist on education and avoid DEI communicate this fact to potential students, families, and funders?

That is what Professors Dorian Abbott of the University of Chicago and Ivan Marinovic of Stanford University suggest. Colleges and universities that do not fall under the DEI must call themselves MFE: Merit, Freedom and Equality. In Newsweek, they write, “We are proposing an alternative framework, called Merit, Fairness and Equality (MFE), where college applicants are treated as individuals and a scholarship is awarded based on merit and ability.” The evaluation is done through a rigorous and fair process.”

At DEI institutions, individuals applying for faculty positions are often required to demonstrate their support for the DEI agenda by submitting a “diversity statement.” Those rulings make it possible for decision makers to weed out anyone who doesn’t support that agenda. For example, if a chemistry professor said, “I believe in treating all students equally and am completely colorblind, I do not consider race in my teaching, grading, or interactions with students.” I don’t,’ that would ruin his chances. DEI school, no matter how great the teaching and research is.

MFE schools, on the other hand, will declare that they have no ideological litmus test and hire and promote teachers purely on the basis of performance.

In addition, the DEI agenda has a negative impact on students. At DEI schools, students must watch what they say or they will be investigated by the school’s “bias response team” for saying something offensive to another student. They may also be forced to take courses that have little knowledge content but are designed to teach DEI beliefs such as the existence of “white privilege”.

A school that has adopted MFE will have no such barriers to freedom of speech and will not attempt to indoctrinate students with political courses.

As things stand, most colleges and universities are partially completely addicted to the DEI. It is divisive and destructive, but there is little opposition in most schools because those who don’t like it fear being “canceled” by DEI fanatics.

Can DEI be prevented? In this article observe Robert Maranto, Michael Mills and Catherine Salmon hill, “You can’t beat something without something”, suggesting that the MFE is the thing that can beat it. The MFE, he explains, is “according to public opinion,” as “seventy-five percent of Americans believe that gender, race, or ethnicity should not play a role in educational admission decisions.”

DEI has triumphed largely through stealth, and its proponents are afraid to debate its principles and effects. What currently shields the schools that embrace it from competition is the fact that non-DEI schools have no succinct way of communicating that fact. MFE would be the way to do just that.

Colleges and universities that oppose DEI can proudly declare themselves to be schools committed to meritocracy, fairness, and equality, and explain why this matters. Students seeking education without any ideological cap will be attracted to MFE institutes. Also, educational supporters who don’t want to waste their money supporting schools that are weakening the foundation of the nation will look for MFE schools.

One more thing, MFE schools not only provide better education, but can do so at a lower cost because they don’t waste resources on “diversity” managers.

Colleges and universities that succumb to DEI should be at a huge competitive disadvantage compared to those that only provide meaningful education. Let’s hope the MFE catches on.

George Leaf is director of editorial content for the James G. Martin Center for Academic Innovation. He holds a Bachelor of Arts degree from Carroll College (Waukesha, WI) and a Juris Doctor from Duke University School of Law. He was the vice president of the John Locke Foundation until 2003.

Leaf was a regular columnist for Forbes.com and from 1996 to 2012 served as book review editor for The Freeman, published by the Foundation for Economic Education. He has published many articles in The Freeman, Reason, The Free Market, Cato Journal, The Detroit. News, independent review and regulation. He writes regularly for National Review’s The Corner Blog and AdvachDaily.

He recently wrote the novel, The awakening of Jennifer Van Arsdale (Bombardier Books, 2022).

Stay tuned for new articles from George Leaf and AIER.