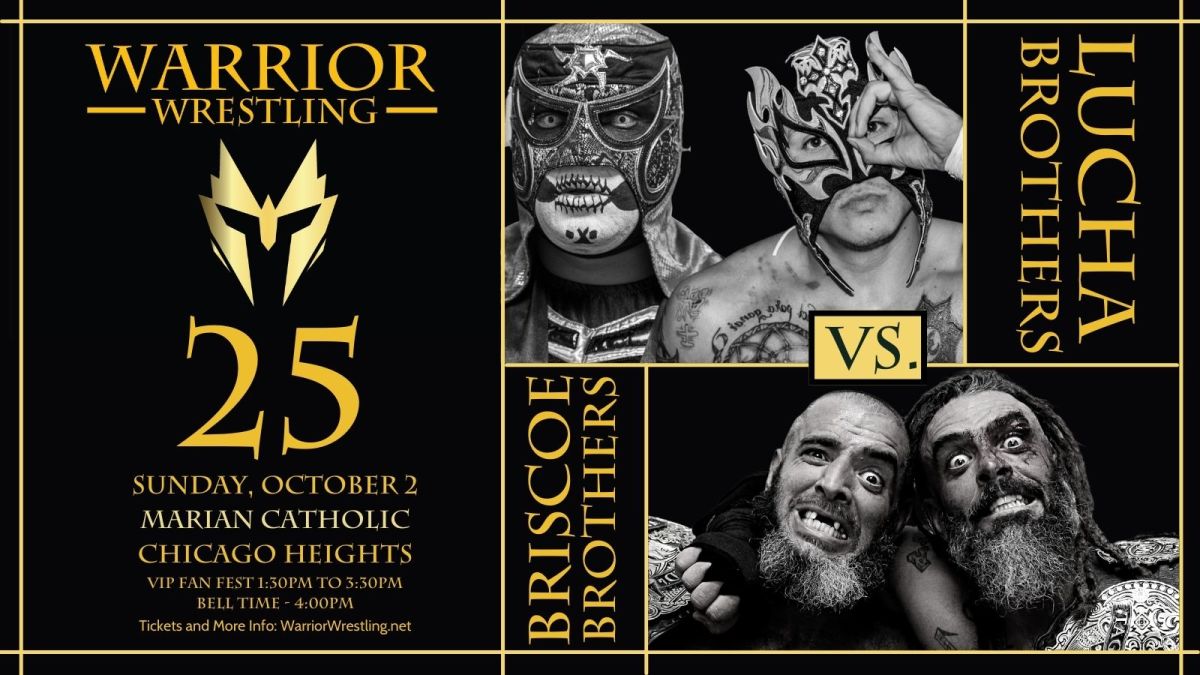 A much-anticipated match between The Briscos and the Lucha Brothers that was scheduled for next month’s Warrior Wrestling 25 has been called off following interference from AEW and ROH.

The promotion announced late Tuesday that “after consultation with our friends at ROH and AEW, we have agreed to change our cards for Warrior Wrestling 25.”

This was the first time the two teams had a face-off. It was supposed to take place at the House of Glory show in March, but due to Ray Fenix’s injury at the time, Arez worked for him.

Both teams will be on the October 2 show in Chicago, Illinois. Penta will now take on El Zero Mido and Fenix ​​against Brian Cage and Gringo Loco, while Jay and Mark Brisco will face The Rascalz (Myron Reid and Zachary Wentz).

As a make-good, Warrior Wrestling announced that AEW is “sending” Eddie Kingston to compete on the show against Calvin Tankman in addition to appearing at their pre-show Meet and Greet.