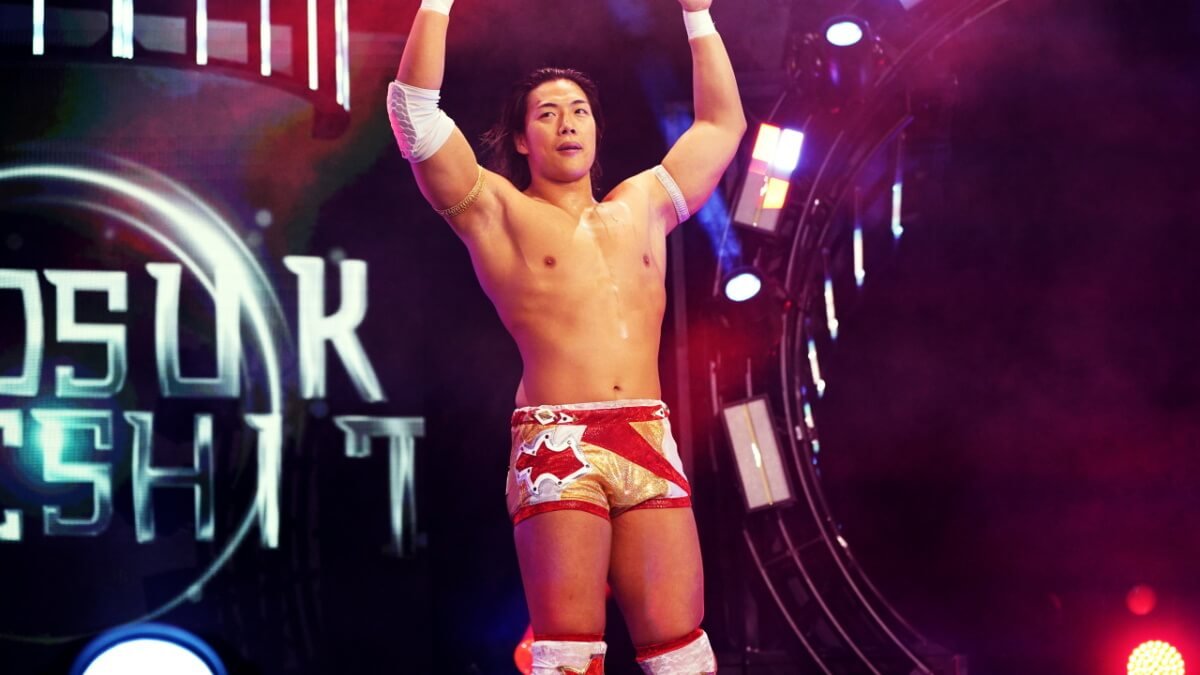 DDT Pro-Wrestling star Konosuke Takeshita has confirmed that he will soon return to the US to wrestle for AEW.

Takeshita impressed many during his international tour earlier this year, notably gaining popularity at AEW after impressive performances against the likes of Eddie Kingston and Claudio Castagnoli. He last wrestled in the US for promotion in August before returning to Japan.

Over the summer, Takeshita revealed that he expected to be in position to return to the US in October. The Japanese star confirmed that he will be wrestling in the States during a press conference to promote his upcoming Keo-D Openweight Championship match against Kazusada Higuchi next month.

Takeshita said that noting that the September 25 bout in Japan would be his last match before his return to the US. DDT Pro-Wrestling English Twitter Account,

“I think this may be the last match before I go back there in October. Looks like the beginning of a new era in DDT. But I think Higuchi vs. Takeshita will bring a new era in JP wrestling. Will bring the title back to AEW.

Takeshita said that if he wins his upcoming title bout, he will be ready to defend gold in the AEW ring.

Following reports that WWE would be interested in hiring more international stars, Takeshita recently commented on a potential jump to WWE, which you can read more about here.

Update: Cinnabon is delighted that Takeshita is back, tweeting: “See you soon!”