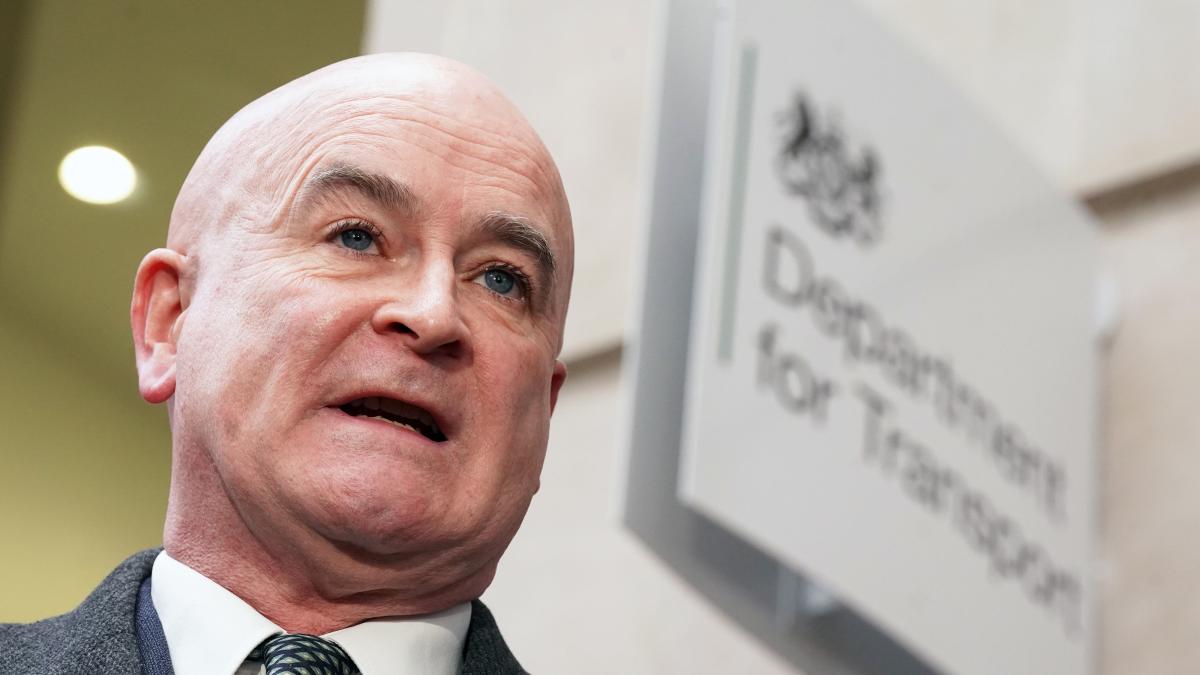 Railway union chief Mick Lynch has called for “positive” talks with the transport secretary ahead of another round of railway strikes – but warned that “warm words” will not be enough to reach a solution.

The general secretary of the Rail, Maritime and Transport union (RMT) said Mark Harper had agreed to set out in writing how he viewed the body’s dispute with rail operators as “proceeding”.

Mr Lynch said Mr Harper would also “consider” setting up a ministerial level liaison group to allow industry and unions to talk to the government about how to reach a deal.

But the union boss said the RMT was “no closer” to calling off the forthcoming strikes, insisting that such a move would not take place unless a “fair offer” was on the table for its members.

Mr Lynch said he had asked Mr Harper to spell out exactly how a proposal would be facilitated in his letter, which he expected on Thursday.

Downing Street said the letter would include more details about “the process and the government’s role” in the dispute, namely to “encourage both parties to come together”.

Mr Harper has said it is up to trade unions and employers to resolve their long-running dispute over wages, jobs and working conditions, urging both sides to implement reforms to provide better services.

But Mr Lynch has insisted that cabinet ministers have “direct control” over what the companies in question can offer their members.

Mr Harper described Thursday’s talks as “constructive” and stressed that he believed an agreement could be reached.

“We have a common ground – we both want the dispute to end and we both want a thriving railway that works for both passengers and employees. However, to achieve this, we need to see our rail industry flourish and the whole industry working together,” he said in a statement.

“A deal needs to be made and I am confident we will get there – I want to help the RMT and the employers come to an agreement and end the dispute for the benefit of the traveling public.”

Mr Lynch said the meeting was “positive” in the sense that he got rid of “the rampant chatter we had” from former transport secretary Grant Shapps and his “colleague”.

“We are now starting to negotiate,” he told reporters outside the Department for Transport (DfT).

“What we ask him to do in the first place — you hear him say he will be a facilitator for resolving or resolving a dispute,” he said.

“We told him that these warm words are of no use, we heard them from his predecessor Anne-Marie Trevelyan, but nothing actually happened. So we want him to explain in writing that he will do how the solution will be facilitated.

He said he had also asked Mr Harper to clarify what rights train operators have in disputes with unions.

Also read  What dates will Royal Mail employees go on strike in December?

“So we have a situation where 14 train operators tell us they can’t negotiate, and so does their industry group. So I asked them to clarify in writing that these people have the right what is.”

Meanwhile, Mr Harper said he would “figure out” who – if anyone – is blocking talks in the railway dispute, the RMT chief said.

Lynch has accused the government of delaying a deal, particularly over the weekend.

Asked if he had asked Mr Harper directly if that was true, the union boss said: “I put it to him. I told him that employers tell us that the Department of Transportation is at a standstill.

“He says that’s not quite the case, but I’ll find out. So someone has to find out who is stopping a good dialogue in order to reach a good settlement.”

“I don’t care if we ever find out, as long as we find a way forward.”

Mr. Lynch’s response to the meeting was momentarily delayed when he was accosted by a man announcing “Jesus is coming” as he left the DFT.

He was accused of being a “communist”, “antichrist” and “anti-government”.