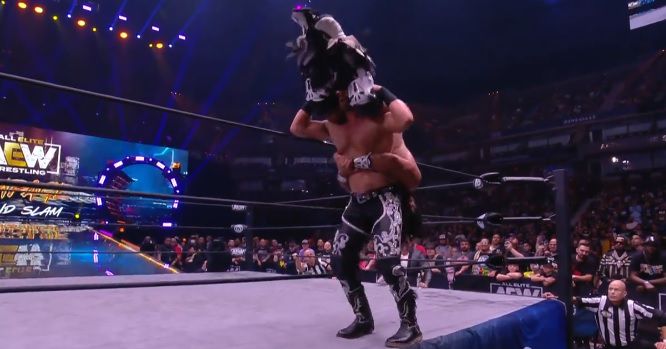 Hangman Page was the only former AEW World Champion in the field, so he started out as the clear favorite. Could he go through Lance Archer, Jay Lethal, Penta and The Blade to win the golden ticket to a date with the champ next month?

Yes, that’s exactly what he did. But first, he had to endure an ambush during his entry of The Butcher, The Blade, and RUSH.

Some of the notable moments in this Battle Royal included Danhausen teaming up with Page to take out QT Marshall, Matt Hardy reuniting with Private Party and ditching The Blade, Jake Hager being taken out by The Best Friends, Penta losing Lance Archer, Dalton Castle eliminating Brian Cage after he was rescued by The Boys, and Satnam Singh helping Jay Lethal last just a little longer.

Of course, it came down to Page and RUSH as the final two entrants in the contest. Hangman used Dead Eye on the edge of the ring to take out RUSH and claim the golden ticket.

Do you think Page will win the AEW World Championship on October 18?