Fallout Lego has long been a dream of fans of the Bethesda RPG game, a whole, real video game, reflecting the style of Lego Star Wars, Lego Indiana Jones and all those Traveller’s Tales hits. Well, as the apocalypse and survival franchise turns 25 years old and we wait for more news about Elder Scrolls 6 and Starfield’s release date, Fallout Lego is actually here. And you can play it now. Free.

Created by developer ThrillDaWill, LEGO Fallout, to give it the right style, lets you explore Bethesda’s nuclear waste, as reimagined in thick, and probably quite hard on your feet, Lego blocks. You can access your Pip Boy, use VATS and collect equipment. There’s even a Fatman nuke launcher, which explodes your enemies in traditional Fallout style into beautiful plumes of red Lego studs. Since its initial launch, ThrillDaWill has released updates to LEGO Fallout to fix inventory issues, respawn issues, and a few missing missions.

It looks very nice, and the functionality here is surprising as LEGO Fallout is a free fan project. Nevertheless, with millions of Lego bricks to load, it can make your PC difficult.

Although the game was just updated in October, ThrillDaWill outlines the development and their initial goals in a very funny announcement video. You can now download LEGO Fallout from Itch. 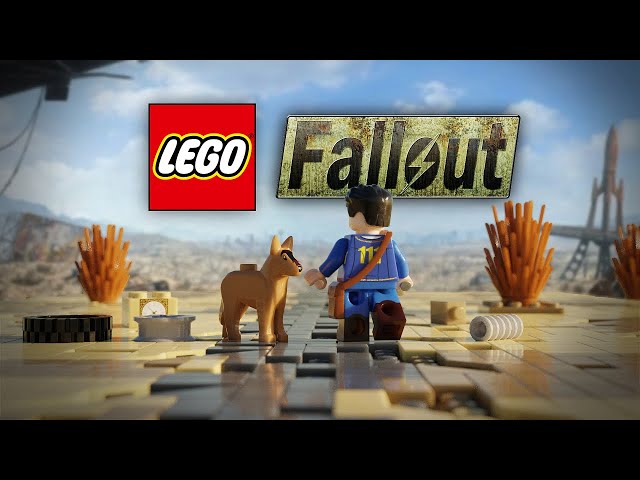 Who knows? Maybe we’ll get an official Fallout Lego collaboration in the future, or maybe that Fallout 5 release date. In the meantime, we’ve got all those Starfield planets to look forward to and explore, as well as the Starfield cities and everything we know about building Starfield ships, so you’re ready to hit the stars when Bethesda’s new RPG finally arrives.