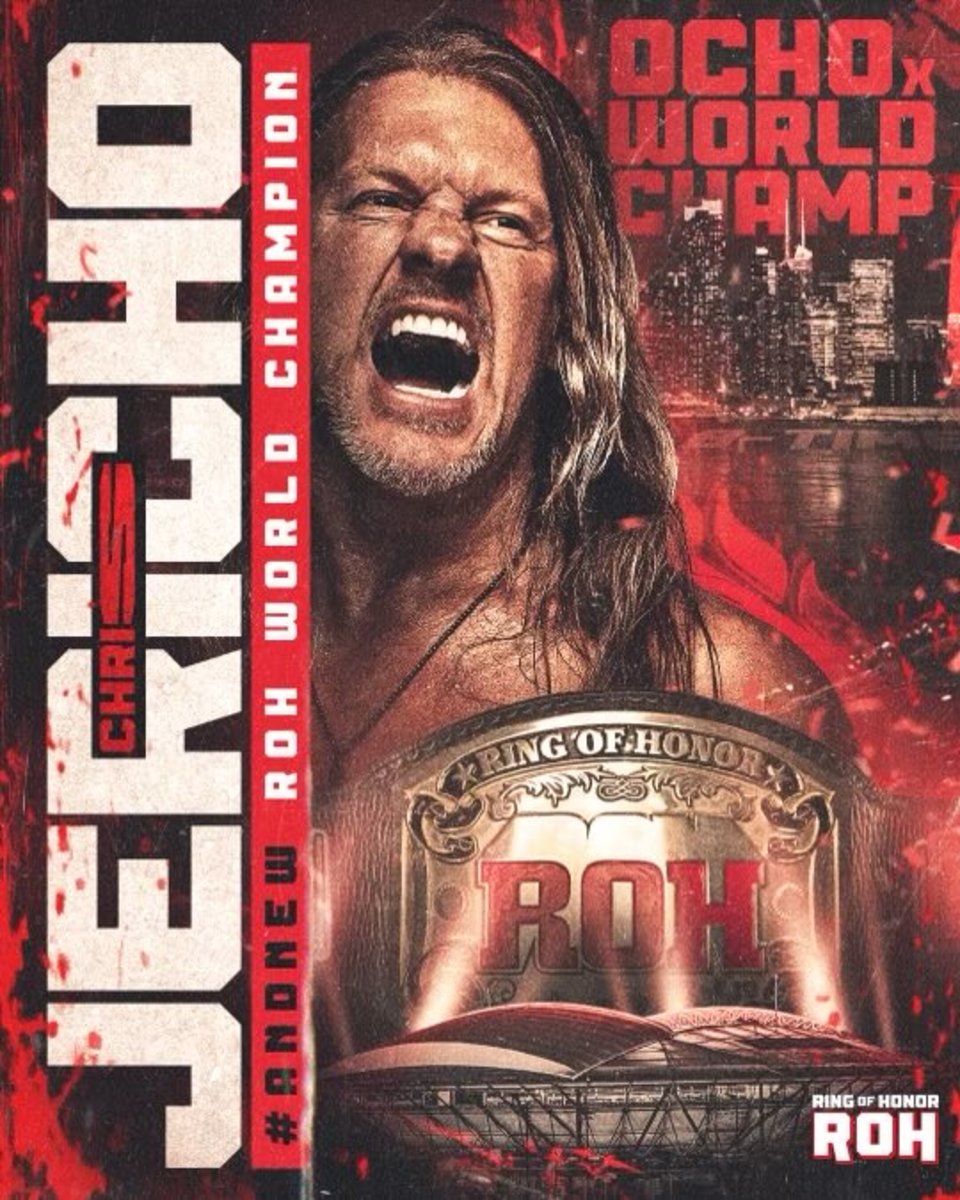 Chris Jericho is the Ring of Honor World Champion.

Jericho defeated Claudio Castagnoli to win the championship for the first time at the AEW Dynamite Grand Slam on Wednesday night. In the end, Jericho blew Castagnoli low while the referee was distracted, allowing Jericho to join the Judas Effect for the win. This ends Castagnoli’s reign with the title after 60 days, originally after defeating Jonathan Gresham in Death Before Dishonored on 23 July.

On last Friday’s rampage, Castangoli came out and said that Blackpool Combat Club would soon have two world champions, referring to himself and the winner of Wednesday’s AEW world title match between Brian Danielson and Jon Moxley. Jericho, who was on commentary, called out Castagnoli, saying he wanted to get his “ocho”, or his eighth world title. Castagnoli accepted the challenge for the next week.