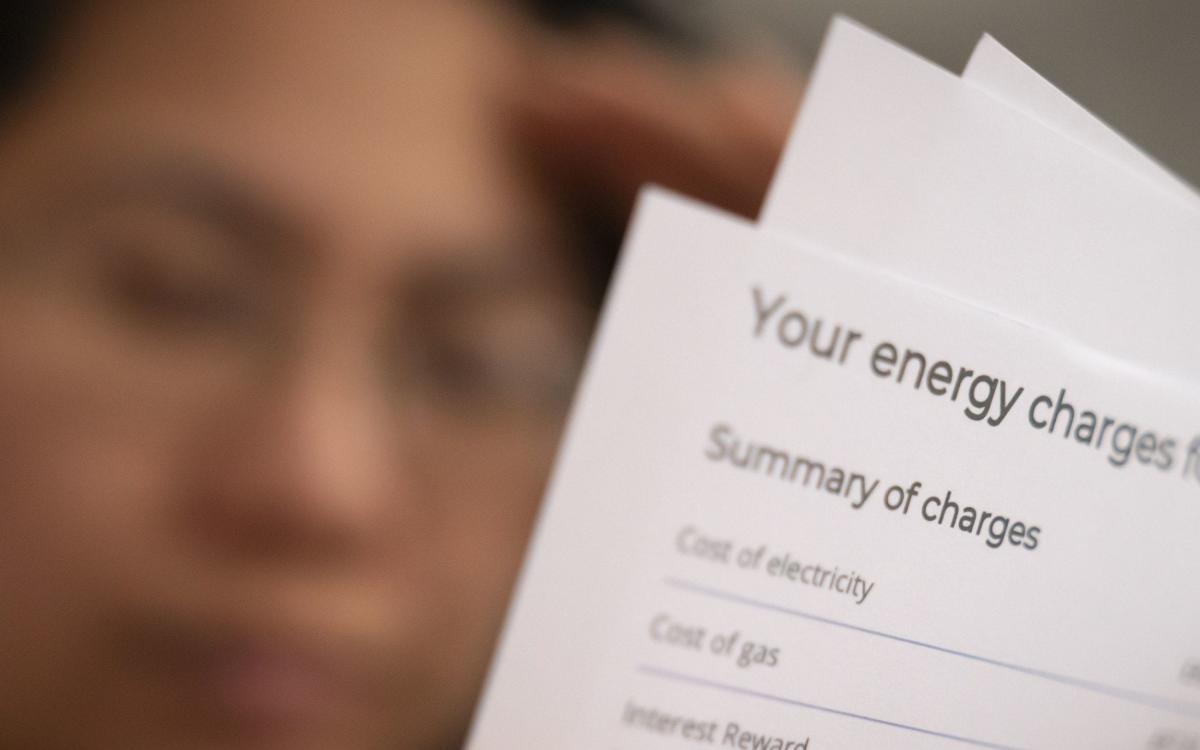 The energy watchdog has been accused of “abdicating responsibility” after abandoning a plan to prevent suppliers from spending customer credits.

Ofgam was criticized on Friday for refraining from proposals for companies to ring-fence customers’ assets, leading British gas owner Centrica to claim lessons from the energy crisis were not being learned.

Chris O’Shea, Centrica’s chief executive, said: “Energy companies need to be adequately capitalized by their shareholders so that if they fail, shareholders feel the pain, not UK consumers.

“It seems like abdication of responsibility by a regulator not focusing on the right things.”

Currently, there is no rule prohibiting suppliers from using consumer balances for day-to-day expenses.

If a supplier fails and cannot pay the balance of those who had credit, the debt is mutual between all households and is repaid by rent on accounts.

The regime added to a multibillion-pound bill that consumers are now paying after nearly 30 suppliers went out of business due to rising gas and electricity prices over the past two years. Many companies did not purchase enough energy in advance.

Among those that fell were Avro Energy, which supplied 590,000 homes, and Bulbs, which supplied 1.5 million. Avro was later found to have become overly dependent on customers’ balances for day-to-day expenses, owing £250 million to creditors and £680 million to bill payers.

Over the summer, Ofgam plans to protect consumers’ funds and prevent businesses from using them “like interest-free credit cards.”

But on Friday, the regulator — which has been heavily criticized for failing to properly investigate mismanaged suppliers — backtracked on the proposals.

Also read  How to restart the global economy?

It added that some suppliers, including Ovo and Octopus Energy, have warned that this would primarily benefit large, traditional companies such as Centrica, while making it difficult for smaller ones to compete, with the companies subsequently being asked to balance their customers. The costs of being forced to keep would outweigh the benefits. be managed efficiently.

Earlier this year, energy supplier Octopus told lawmakers that even well-run companies owe more to their customers than most other times of the year.

The company argued that suppliers would have to raise additional funds to cover accounts receivable for Ring Fence credits, which would result in higher bills for everyone.

Instead, Ofgem’s new measures will require suppliers to maintain minimum cash reserves to help cushion future price shocks, as well as increase the money they use to buy green energy. Must force

Octopus chief executive Greg Jackson said: “We’ve yet to see the details, but it should help install fly-by-night utilities, reduce failure costs and keep bills down.”

Mr Jackson said the main reason many suppliers went out of business was that they had not purchased enough energy up front – a practice known as hedging – and that the issue needed more attention.

The regulatory action comes after a Canadian pension fund acquired a 25 per cent stake in SSE’s electricity grid company for around £1.5 billion.

The energy giant’s transmission network sends renewable electricity generated north of the Scottish border to destinations further south where it is needed.

The sale of its stake in Grid will help SSE raise funds for further investment in the division and other parts of the group, it said in a statement.

Since last year, the company has been under pressure from activist investor Elliott Management to spin off its renewable energy business.

But the SSE has insisted partnering with investors is a better approach, allowing it to raise funds while maintaining a portfolio diversified across traditional and renewable energy assets.

In the UK alone, the company says it could invest more than £24bn this decade in areas such as offshore wind.

SSE will remain the majority shareholder and continue to run the company, but the pension fund will have representation on the broadcaster’s board.