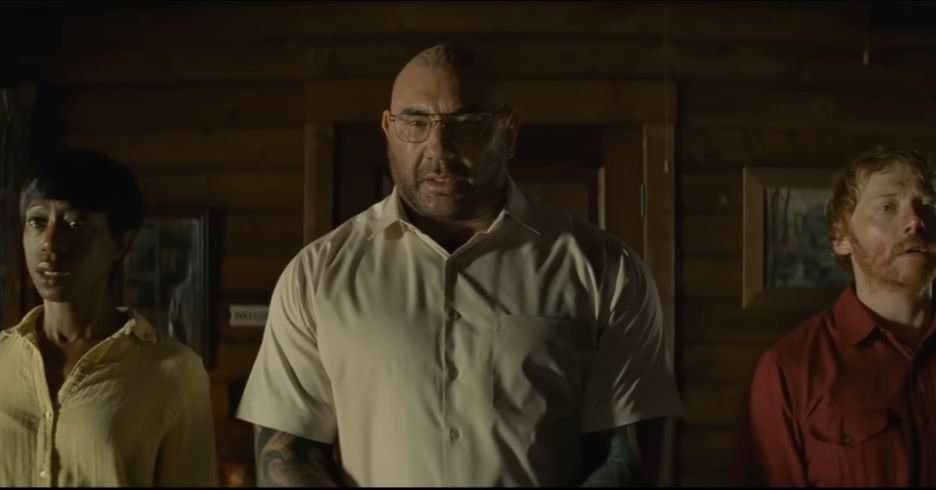 Batista tries to prevent the end of the world in his next film, Knock on the hut, which will hit theaters on February 3, 2023. But the jacked-up professional wrestler doesn’t save the world with superpowers and witty dialogue in this M. Night Shyamalan movie. No, this time his heart is broken because he has to take people hostage and force them to make a terrible choice.

Check it out for yourself in the official trailer for the film revealed today:

The Universal photos YouTube page summarizes the plot as follows:

“While vacationing in a remote cabin, a young girl and her parents are taken hostage by four armed strangers who demand that the family make an unthinkable choice to avert the apocalypse. With limited access to the outside world, the family must decide what to believe before all is lost.

Are you planning on buying a ticket to see Batista avert the apocalypse, Cagesiders?