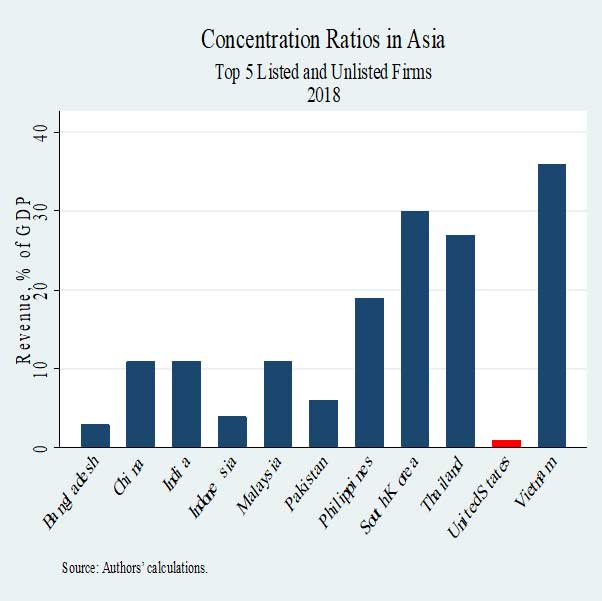 LONDON, Nov 24, 2022 (IPS) – In our recent book “The Connections World: The Future of Asia”, published by Cambridge University Press in October 2022, we argue that mutually beneficial ties between dynastic business houses and political elites have been a major driver of Asia’s extraordinary renaissance. Yet these close ties now threaten future economic growth.

This is because the ubiquitous Asian corporate structure of corporate conglomerates systematically collaborates with politicians in Asia to create excessive market power and overall concentration. They have proven remarkably adept at ensnaring themselves.

While it has been a reasonably effective engine of growth for the past half century, the constraints of competition and the brakes on innovation threaten future progress by concentrating resources in relatively few hands.

The extensive and highly flexible network of continuous connections between companies and politicians has formed a common backbone for development in Asia and cuts across political systems. We characterize these networks as Connections World.

That world encompasses a web of interactions between companies and politicians/political parties that are highly transactional and usually have a significant degree of reciprocity.

So politicians look to companies to campaign or make personal contributions; bribe; Providing employment to family or allies while providing mutual assistance, such as creating jobs in regions or at politically favorable times.

At the same time, companies look to politicians for protection against foreign or domestic competition; To provide grants, loans and/or government contracts. All parties benefit from these interactions, leading to a stable political economic equilibrium.

Also read  How generative AI will impact the future of work, according to a CEO who spent 2,000 hours on it

These arrangements have served Asia well over the past half century, with Asia’s share of the world economy rising from 9% in the 1970s to nearly 40% today. However, a world of connections will provide a less supportive foundation for future growth for a number of reasons. Neither politicians nor business groups have a sufficient interest in encouraging competition, whether it is the entry of domestic or foreign multinationals as competitors.

In addition, because Asian corporate conglomerates are often highly diversified, with elite or lineage control reinforced by reciprocal holding and ownership pyramids, their economic results must be measured not only by traditional measures of market power, but also by levels. . For example, concentration is indicated by the share of the total turnover of the five largest companies in relation to GDP.

To put this in context, while the market concentration ratio (CR5) of the largest U.S. companies, mostly in technology sectors, tends to be high, the total concentration ratio of five companies is only about 3%. The comparable figures are much higher in Asia in 2018, as can be seen in Figure 1. In South Korea, the CR5 is over 30% and even in very large economies – India and China – it is over 10%.

The findings are even clearer when looking at the top ten companies (CR10). In the US it is only about 4%, but in South Korea it is more than 40% and in India and China it is more than 15%.

Looking to the future, the outcome for the world of relationships will be much less favorable, not least because growth will increasingly have to rely on innovation. Existing networks are usually ill-suited to foster innovation that thrives on an open ecosystem of academic universities and business parks, venture capital funds, lawyers and entrepreneurs and a healthy willingness to take risks and lose.

In addition, connections crowd out new entrants into the world, sucking up capital and skilled workers and managers, and stifling the competitive environment that is so essential to the trial-and-error process that lies at the heart of much successful innovation. Even when business groups themselves are innovative, there is relatively little innovation in the wider economy.

What are the policies and other measures that need to be taken to remedy the shortcomings of the connected world? At the heart of the policy menu to loosen corporate grip will be measures designed to encourage the transformation of corporate groups into more transparent and better-governed companies, while fundamentally weakening the relationship between politicians and business.

Of course, this will not happen because the mutual benefits of market access and political ties outweigh any benefits of reforms for existing players. Necessary policies will need to include changes in corporate governance that reduce pyramidal ownership structures, mergers and cross-holdings, introduce estate taxes and move to new types – and targeted – competition policies.

Some of those policies were successfully implemented in the United States under Roosevelt. More recently, Israel has adopted competition policy benchmarks for both general and specific levels of market concentration, while South Korea has made high estate taxes central to its policy to weaken the tenuous hold of its giant business conglomerates. . ,

At the same time, it is necessary to take measures aimed at limiting politicians’ discretion and incentives to abuse their connections for personal or family gain. Although difficult to implement, incremental reforms, such as through audited interest registers, can begin to influence behaviour.

In short, although many commentators have already declared the 21st century the century of Asia, it is far from predestined. If the kinds of policies we are proposing are not put in place to bring back the tentacles of the connectivity world, many Asian economies will be unfavorably placed to truly realize their potential in the coming decades.