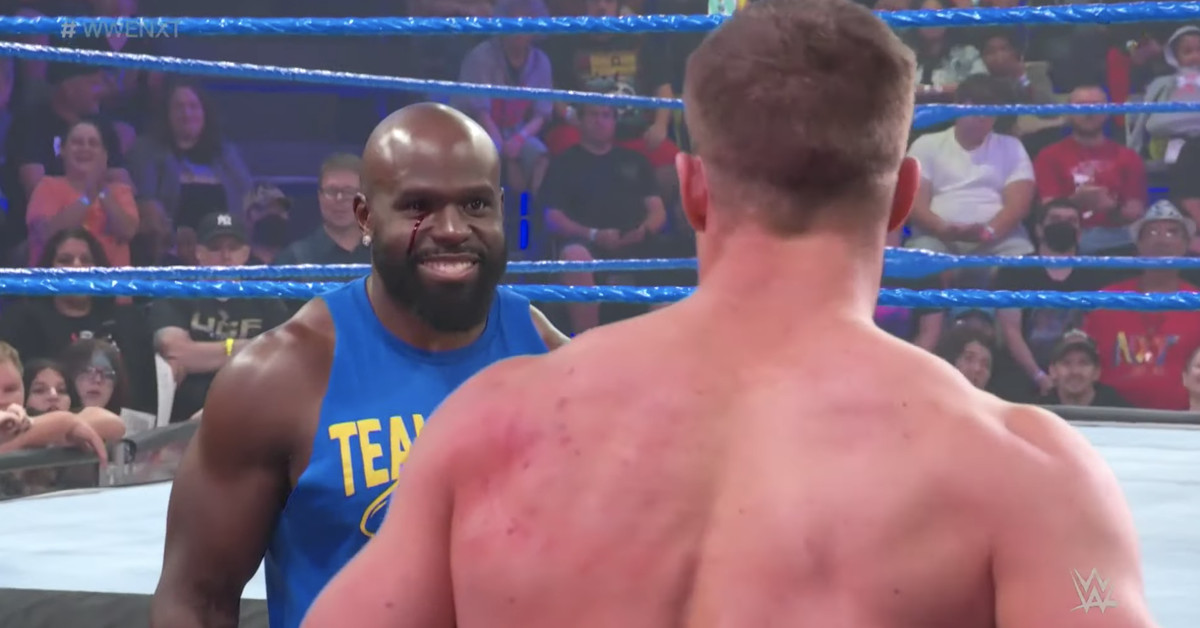 Grayson Waller wrestled Oro Mensah on NXT television this week, and it was a big match. It wasn’t just because it was his debut. No, the winner would gain entry to the North American Championship ladder match scheduled for the Halloween havoc Premium live event on Sat, October 22, 2022.

Waller was doing well until he turned around and came across this image:

That was the only reaction comment could think of for Apollo Crews standing there with blood coming out of just one of his eyes. Waller, equally stunned, couldn’t avoid a big plunge from Mensah and a subsequent spinning heel kick was enough to get the job done.

Sometimes that’s all it takes folks. A spinning heel kick and a man bleeding from one of his eyes.

Anyway, here are all the highlights from NXT this week: