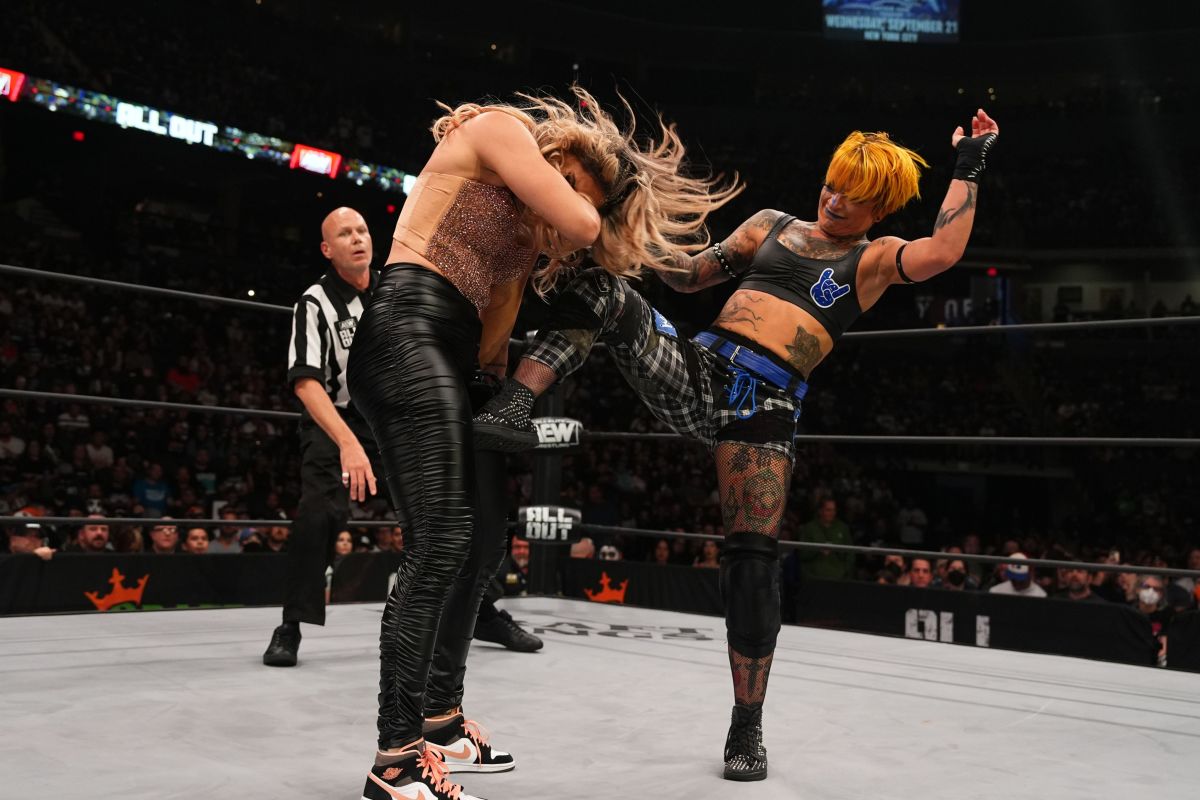 AEW’s Ruby Soho is due for surgery after an All Out injury.

Earlier this month, Soho broke his nose while teaming up with Ortiz against Te Mello and Sammy Guevara at All Out’s pre-show. It was revealed today that, due to her surgery, Soho will not be able to attend 1PW’s A New Twist of Fate event in the United Kingdom on Saturday, October 1.

Soho said he broke his nose in two places and also had “a septum disturbance”.

“Due to the injury I suffered at All Out, a broken nose in two places and a septum defect, I have to have surgery. And because of the scheduling of that surgery and the recovery time, I won’t be able to be on the show on October 1st. To make space,” Soho said in a video uploaded by 1PW. “You guys, I’m really sorry I’m not going there. Honestly, that’s the only thing that will stop me from coming back to England. I was so looking forward to that show and so much to meet you all and see you all.” Very looking forward to seeing you again. So for that, I really apologise.”

1PW announced that Soho will instead debut for the promotion at its No Turning Back event on Saturday, February 18, 2023.

Melo and Guevara retained their AAA mixed tag team titles against Soho and Ortiz at All Out. Soho hurts his nose while taking a knee in the face from Melo.