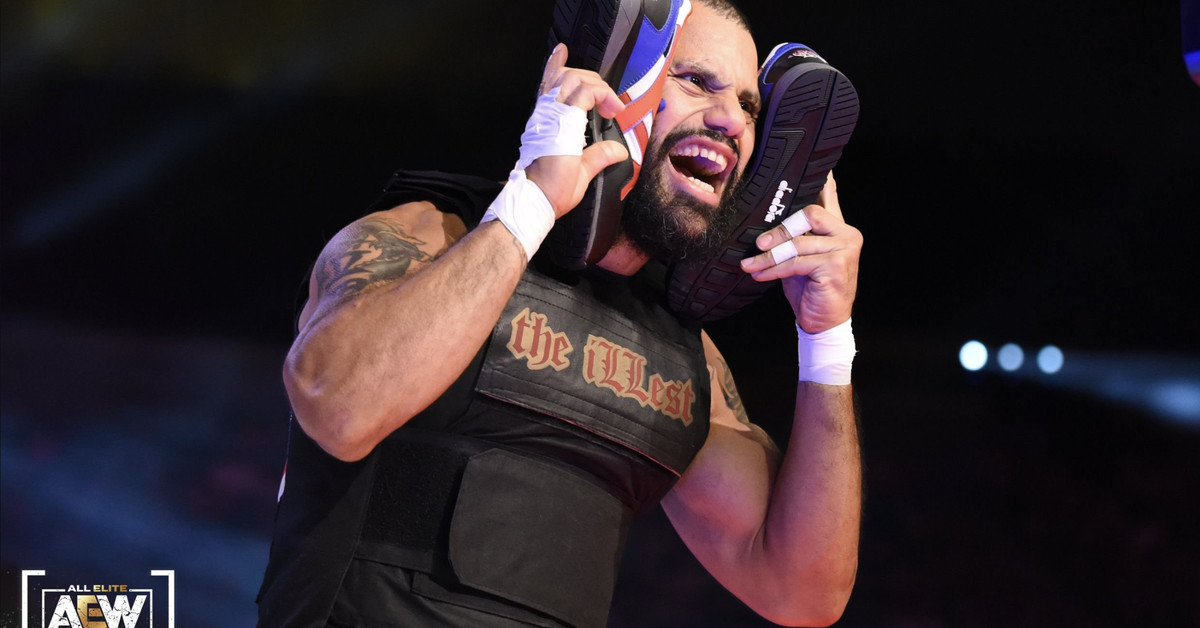 Episode 82 of AEW Dark: Elevation is in the books! If you missed the live broadcast, click here for the Cageside Seats stream. The announcement team of Ian Riccaboni and “Daddy Magic” Matt Menard called the action tonight. Let’s get into it!

Blue entered first for our opening game, traded a high-five with Dean, and neither got their individual record. Instead, they were billed as “making their mixed tag team debut.” Ford and Sabian came together with records of 33-14 and 15-10 each, so agree against inconsistency over how records are listed for entries. Menard asked Riccaboni to clarify the rules for both himself and the viewers, and he reminded everyone that in this format only men are allowed to meet men and women are allowed to meet women. Sabian threw Dean out, lowered his hands and raised his hands to make the crowd change volume, then mocked him with a salute.

Despite Menard explaining the rules to him, he somehow got confused. Hopefully he found out when Dean hit Sabian with a DDT and tapped blue, while Ford tapped at the same time. Ford ate several kicks, but kicked out a count of two. Kneel to the face against the ropes. Sabian ran in and ate a Chicago Destroyer from Blue, but Ford nearly took advantage of a fall. Dean came in, but Sabian was nowhere to be seen. He went back into the ring so they could swap forearms and jabs. Sabian headbutted, but ate a pop-up power bomb for two. Dean went to the top rope, Ford tried to drag him out of the way, Blue threw her out. Sabian got to his knees and then hit the Anarchist Suplex for the win as Blue and Ford battled on the outside. A fun but chaotic mixed tag match.

A PSA for mental health awareness from Powerhouse Hobbs followed. I couldn’t find his individual promo, but I do have this group he was part of.

And so it’s time for our main event! Serpentico was joined by Luther for this fight, with a record of 13-93. Ortiz came out 48-28. Riccaboni was impressed with the doll he got from Arthur Ashe Stadium. The two locked up, Ortiz took a sideways headlock, Serpentico fired him and he hit a shoulder tackle and did a shimmy. They locked up again, Ortiz took him down and got a count.

Serpentico attempted a roll-up, got a DDT for a near fall, then Luther assisted his partner while Ortiz was on the outside. Ortiz hit a shotgun dropkick to give him some time to recover, then hit a power slam for a near fall. Serpentico hit a head scissor takeover, went to the top rope, sent a senton and got 2.9999. Serpentico gestured that it was over and tried to pull Ortiz up for a DDT, Ortiz punched the stomach and rocked him in the air before knocking him into the mat for the win.

We’ve got another suicide prevention PSA from Eddie Kingston to wrap up the show, parts of which you can see in the clip I shared above. The version here was much longer.

There are only two games, so you don’t have to skip anything. What more can I say? This was a very short episode, but it was necessary because they were making a two-hour episode of Rampage last week. I’m sure we’ll have a longer edition of Elevation next week.

Cageside commentary crew! Share your thoughts in the comments below and find me on twitter for more wrestling talk. See you tomorrow night for AEW Dark!