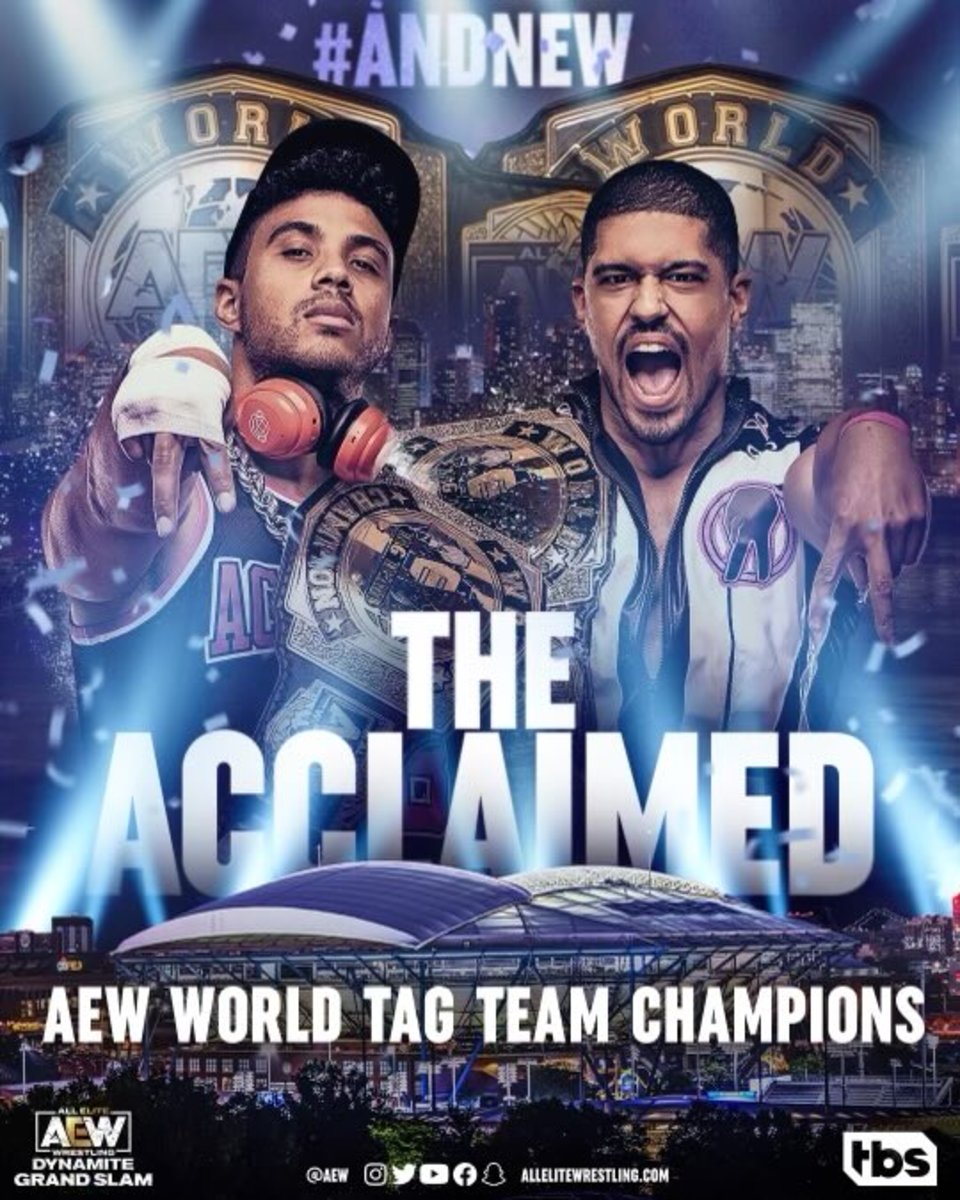 The Alameds Max Castor and Anthony Bowens defeated Swarve Strickland and Keith Lee of Sword in Our Glory to win the AEW World Tag Team Title at the Dynamite Grand Slam at Arthur Ashe Stadium in New York City on Wednesday night.

After defeating The Acclaimed in a tag title match at All Out earlier this month, Swarve in Our Glory lost a rematch at the Dynamite Grand Slam, ending their title in 70 days. Swarve in Our Glory captured the tag title at Dynamite Fighter Fest on July 13, defeating Matt Jackson and Nick Jackson of The Young Bucks and the powerhouse Hobbs and Ricky Starks of Team Taz in a triple threat bout.

The acclaimed victory was the second title change of the night at a Grand Slam, as Chris Jericho defeated Claudio Castagnoli to win the Ring of Honor World Championship in the opening event of the show.

Also read  Jonathan Gresham and Lee Moriarty vs. The Gates of Agony set for AEW Rampage