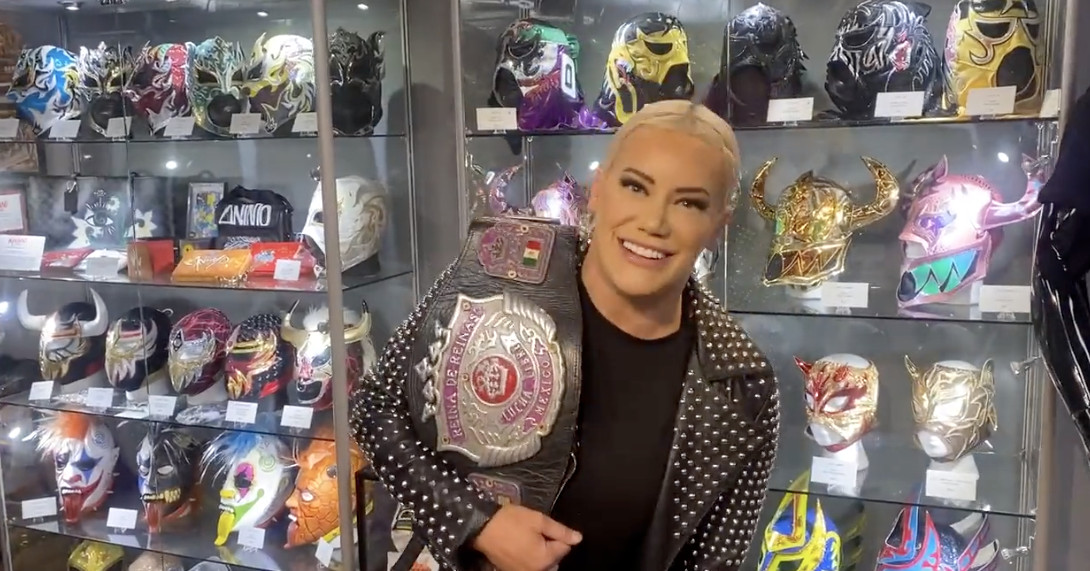 Yes, you beat me at NWA 74. We pushed each other to the limit. That day we had the weight of the world on our shoulders in the main event representing women’s wrestling, and we did not disappoint. But you just don’t understand what it means to be a Reina de Reinas champion.

This championship represents thirty years of lucha libre history. Women, legends, have held this in their hands. A representation of passion, never giving up, and tradition and heritage.

You see, you didn’t leave your country to go somewhere to immerse yourself in the culture and lifestyle. You haven’t taken a 7-hour bus ride to and from shows across the country. You see, you just can’t understand the wars I’ve been through in and out of the ring to get me where I am today.

Excellent promo from Taya. It demonstrates the value of the AAA Reina de Reinas Championship as a title worth fighting for. The promo also has special significance for Taya’s personal history. After being trained by Lance Storm, Taya left Canada to find her way into the business in Mexico. Her passion for the title feels real, because it is. Taya experienced the struggle of working from the ground floor to become a four-time Reina de Reinas champion. She is not a foreign attraction that only comes for special shows, like Kenny Omega and FTR as an example. Taya is a real luchadora. Her pride as an AAA champion is legitimate.

Taya was originally scheduled to defend against Thunder Rosa, but the AEW Women’s Champion was withdrawn due to injury. AAA has not officially announced Taya vs. Kamille, although it seems obvious given the time it takes to produce promos. Time will tell if it’s a straight singles match or if AAA adds another luchadora to the mix, like Lady Flammer having a title shot.