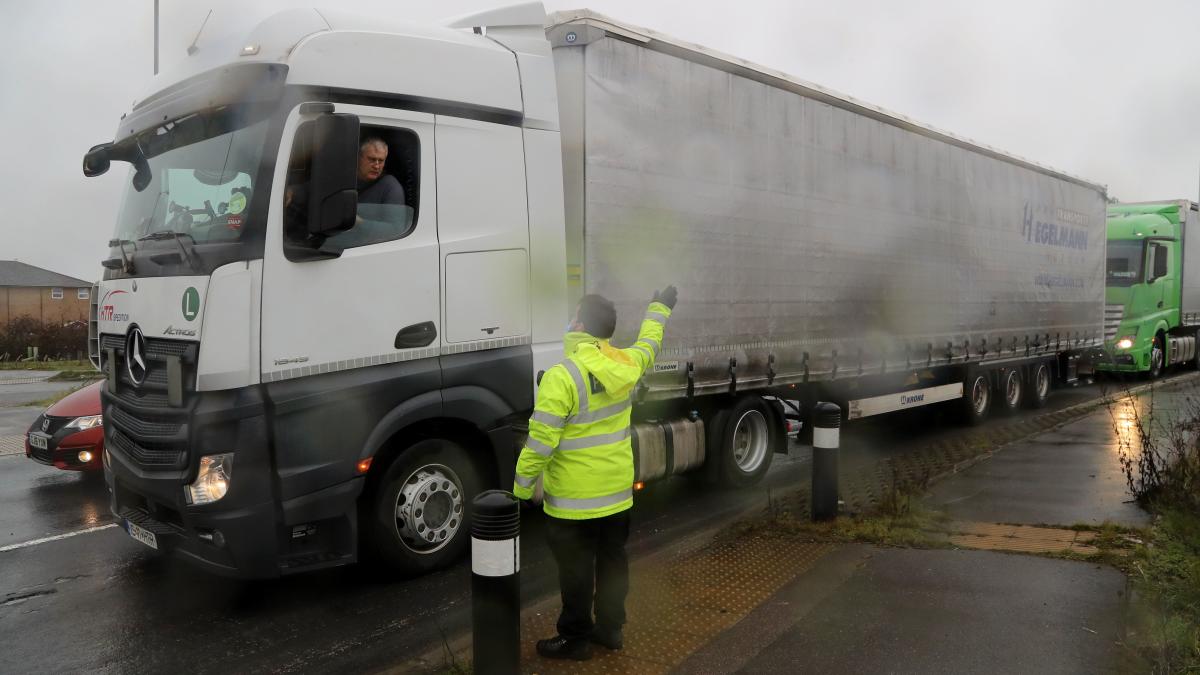 Lorry drivers are being told they will receive up to £100 million in investment from government and industry in better and safer roadside rest areas and facilities.

Roads Minister Richard Holden said lorry stops and roadside assistance companies could bid for a share of a £32.5m match-funding pot from the government, which would build on the £20m match-funding introduced by National Highways earlier this year. to Improving roadside facilities and safety for truck drivers.

Unite, which is campaigning for better facilities for truck drivers, said most of the money pledged would not be spent on expenses until 2025.

The minister launched funding at the Red Lion Truckstop in Northamptonshire, which aims to improve safety measures for drivers, strengthen welfare facilities such as showers, rest areas and restaurants and increase truck parking capacity.

He said: “Transporters and drivers are essential to keep our economy going. But for decades, our truckers have struggled when it comes to roadside amenities.

“Therefore, I am very proud that our government is going to provide match funding to the industry to promote driver wellbeing, protect road safety and ensure truck driving is a truly attractive career option by providing facilities. And respects our honor.” Truck drivers deserve it.

Adrian Jones, Unite National Officer, said: “The funding being offered today was first promised over a year ago and the government plans to match the £5 million funding this year alone.

“Most of the promised money will not be allocated to expenses until 2025. Truck drivers report that facilities are deteriorating. The lack of toilets is making drivers sick, while others are leaving the industry due to inadequate facilities.

“Drivers cannot sit for much longer and there needs to be a thorough reform in the way drivers are treated rather than fractional amounts given by the government.”

Richard Smith, chief executive of the Road Haulage Association, welcomed the move but called on ministers to reform planning rules to address the estimated shortfall of 11,000 safe truck parking spaces.

He said: “We are pleased to see fuel station operators being able to apply for grants to improve facilities for drivers – standards at many lorry stops are poor, so it is good that the government has shown this commitment.

“But every night, thousands of truck drivers are left without safe and secure parking.

“Simplifying the planning bureaucracy will allow companies to develop new locations more quickly, which will boost local economies and give truck drivers the amenities they deserve.”